It may be surprising to learn, but hormones may play a role in Parkinson’s disease (PD) onset and progression. More than one hormone may influence Parkinson’s development. In a 2018 report, early life stress and depression were discussed as possible influencers of PD.


Exposure to stress during one’s early life can influence short-term or long-term effects on the development of the brain. Anxiety, depression, and learning deficits are possible. Stress can increase cortisol release from the adrenal cortex, affecting the hypothalamic-pituitary-adrenal axis. The result is altered or inhibited release of crucial hormones from the hypothalamus and pituitary gland.

Long-term elevated levels of corticosterone levels desensitize glucocorticoid and mineralocorticoid receptors, inhibiting efficient negative feedback in the HPA axis loop. Depression is often stress-related having to do with some form of a chronic or emotional situation. The stress associated with depression often includes changes in the levels of vital neurotransmitters in the brain, including dopamine, serotonin, noradrenaline, GABA, epinephrine, and glutamate. Dopamine decline is associated with PD.

When dopamine levels decline, prolactin levels often increase, which can adversely Trusted sourceProgesterone and Parkinson’s DiseaseNCBIGo to sourceimpact progesterone , testosterone, and estrogen levels, which we will examine further down in this report. Another aspect to consider is the increase in serotonin levels associated with stress that can hinder sleep and increase depression and emotional disorders. Lack of sleep interferes with the production of many hormones, including testosterone and growth hormone.

The hormones – Trusted sourceWhat Is Parkinson's?Parkinson`s FoundationGo to sourceParkinson's disease connection may also be linked to the fact that the gender ratio of men to women is about two to one. Does that mean that hormones may play a role in Parkinson’s development, and if so, can hormone therapy help reduce the risk? These are the questions we will examine in this report.

Worth examining is the connection between thyroid hormones and Parkinson’s. Free triiodothyronine hormone levels are often significantly lower in PD patients, which is associated with motor symptoms in de novo PD patients (not yet taking Parkinson’s medications). An overlapping of symptoms is often present with hypothyroidism and Parkinson’s, which is why testing of thyroid function and levels is important. Any patient diagnosed with PD should receive a complete hormone serum profile.

Numerous hormones may impact the development and progression of Parkinson’s disease.

What Is Parkinson’s Disease? 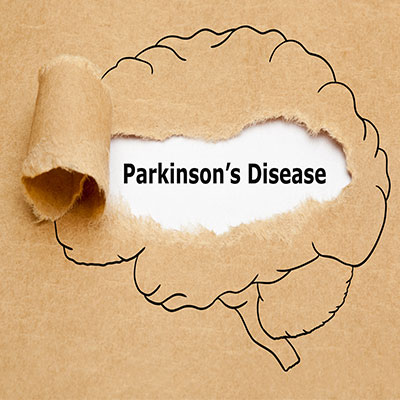 Parkinson’s disease (PD) is a slowly developing neurodegenerative disorder affecting the dopamine-producing neurons in the substantia nigra area of the brain. Complications resulting from Parkinson’s make it the 14th leading cause of death in the US. There is no definitive cause or cure for PD, which is typically associated with the following symptoms:

Parkinson’s disease is marked by progressive deterioration of nerve cells that produce dopamine in one part of the brain. Trusted sourceWhat Is Dopamine?Psychology TodatGo to sourceDopamine is a crucial chemical messenger (hormone) necessary for communication between the areas of the brain (basal ganglia) that help regulate nerve functions and smooth muscle movement. That is why speech, walking, and performance of daily tasks are often difficult for people with Parkinson’s.

The basal ganglia consist of nuclei made up of the substantia nigra, putamen, caudate nucleus, globus pallidus, and subthalamic nucleus that form an interconnecting network to process chemical signals that lead to movement actions and terminations.

Oxidative stress and neuroinflammation are also contributing factors, which can come from hormonal imbalances. One way that hormones may play a role in Parkinson’s development is when a person is deficient in growth hormone, which also leads to a decline in insulin growth factor 1. HGH and IGF-1 are crucial for neurogenesis and provide neuroprotective benefits for the brain and central nervous system. Adrenaline Hormone: What Is It, Effects and Function

Women may have an advantage when it comes to developing Parkinson’s disease – especially if they were fertile for over 39 years and went through natural menopause. However, according to one study, those females who had four or more pregnancies have a greater risk of developing Parkinson’s.

In this section, we look at how hormones may play a role in Parkinson’s development in females. A woman’s fertile life span encompasses the years between the first menstrual period and the time of menopause. According to Rachel Saunders-Pullman, MD, MPH, a leading neurology specialist from Albert Einstein College of Medicine and Beth Israel Medical Center in New York City, the average span is about 35 or 36 years for most women.

Increased lifetime estrogen exposure may be the reason women are less at risk of developing PD than men. Progesterone is also believed to have neuroprotective benefits for Parkinson’s. It is a natural anti-inflammatory that doctors even use to treat traumatic brain injury and stroke as it protects the myelin (outer nerve sheaths). Progesterone production occurs inside the brain and throughout the nerves in the spinal cord so that it can act directly in those areas.

After examining research from the Women’s Health Initiative Study (WHI), Dr. Saunders-Pullman and her colleagues gathered the following findings about hormones and Parkinson’s disease:

Fertile life span in women can impact the risk of Parkinson’s disease.

We do not know why pregnancy number increases the risk, but speculation of declining hormone levels during multiple postpartum periods may shed light on how female hormones may play a role in Parkinson’s. The thought process is that estradiol helps decrease PD risk, but overexposure to estriol (the primary form of estrogen during pregnancy) can increase it in women with four or more pregnancies.

There is one other issue to discuss about pregnancy and Parkinson’s, and that is women becoming pregnant when they have PD. Few cases of this exist due to most women who develop PD doing so long after menopause, and one of the primary concerns is that of birth defect risk associated with antiparkinson’s medications. Dopamine agonists are considered safe, but they block milk production, making it impossible for a woman to breastfeed. Other medications may cause problems, so it is vital to discuss this with your doctor. PD does not affect female fertility, but it can cause self-image issues that impact libido.

Parkinson’s motor and non-motor symptoms may increase during pregnancy, although not to the point where they impact overall functioning. Following delivery, non-motor symptoms tend to improve. However, any progression in movement, tremors, or rigidity tends to persist.

Pregnancy is possible for younger women with Parkinson’s disease, but it is crucial to discuss treatment options with your doctor.

Symptoms often labeled as non-motor PD manifestations may include:

Antidepressant therapy used to treat some people with PD may not address these issues the way that using testosterone hormone for Parkinson’s disease might accomplish. Testosterone deficiency is often a co-morbidity in male patients with PD, which is why testing is crucial.

In one study of mice, castration causing a sudden decline in testosterone levels resulting in Parkinson’s-like symptoms and pathology. Testosterone supplementation provided to the male mice resulted in a reversal of the PD symptoms.

As a side note, caffeine intake is also associated with a decreased risk of PD in men.

Many men with Parkinson’s are also testosterone deficient.

There may be various hormonal pathways for addressing Parkinson’s disease, both before onset and after. For people with depression, finding the right treatment as soon as possible is crucial. It may be possible to delay the development of neurodegenerative diseases such as PD by reducing chronic stress and depression. Testosterone, long the treatment of choice before the invention of antidepressants, is once again being used for people who do not respond to more conventional medications. However, hormone specialists believe in checking hormone levels before administering antidepressant medications. For many people, balancing their hormone levels can reverse emotional instability and depression, potentially reducing the brain damage that can lead to PD. Both testosterone and HGH therapy can reverse feelings of depression in those with corresponding deficiencies.

We earlier discussed the impact of stress and elevated levels of cortisol on Parkinson’s disease. What may seem to be counter to that discussion is a 2017 study that looked at using cortisol to prevent dopaminergic neurons from dying. In the study, cortisol was shown to stimulate parkin expression that provided a neuroprotective effect for the brain. Parkin protein mutations may contribute to movement problems and tremors. Stimulating parkin expression may offer protection against cellular stress and dopamine loss. However, low dose treatment would be necessary to prevent side effects including opposing testosterone and growth hormone levels, increasing blood pressure and blood glucose levels, and increasing the risk of the mental disorder psychosis that could damage the brain. As with all potential treatment options, it is essential to get a complete blood hormone workup before starting any therapy.

As we look closely at Parkinson’s hormone replacement therapy, we find benefits in the following ways:

The Complexities of Hormonal Influences and Risk of Parkinson’s Disease

Hormones May Play a Role in Parkinson’s

Neuroprotection and Neuroregeneration in Alzheimer’s Disease