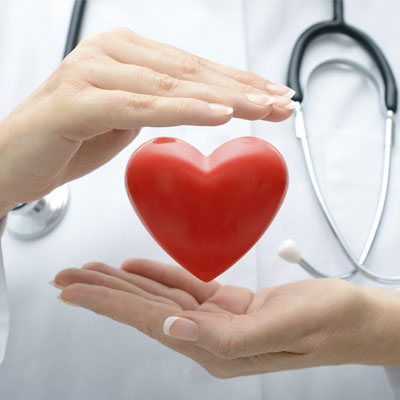 Over the past several years, there has been increasing evidence that Human Growth Hormone (HGH) therapy can have a positive impact on heart health.

Even though there have been many studies that have linked HGH therapy as a possible treatment for cardiovascular disease (CVD), and as a way to lower a patient’s risk of developing CVD, traditional heart specialists still have been slow to recognize its importance for heart health.

For example, recent research has shown that HGH is a very important biological substance in the development of embryonic heart tissue. 1 Why is this important? Because, traditional wisdom dictated that cardiac tissue was end-differentiated, meaning that it is unable to regenerate new tissue. Which meant that tissue that was damaged by a heart attack, heart disease, or other cardiovascular event, was dead and gone, and could never be replaced.

However, with the use of stem cells and HGH therapy, cardiac tissue is being actively regenerated in clinical use. This newly discovered growth potential of the heart is ushering a new era of potential treatments for all sorts of CVD, however, much of the recent research into the benefits of HGH for heart health has centered on its benefits for sufferers of congestive heart failure (CHF).

In a recent study published in the Journal of the American College of Cardiology, 2 the researchers concluded that providing growth hormone replacement therapy to patients with chronic congestive heart failure could slow down the progression of the disease. “Although this is a preliminary study, the finding suggests a new therapeutic approach to a large proportion of growth-hormone-deficient patients with chronic heart failure,” the authors wrote.

How Prevalent Is Heart Disease?

According to the American Heart Association (AHA), cardiovascular disease listed as the underlying cause of death, accounted for 840,678 deaths in the US in 2016, (the latest year for which such statistics are available) which is approximately 1 out of every 3 deaths. In addition, cardiovascular diseases claim more lives each year than all forms of cancer and Chronic Lower Respiratory Disease combined.

Heart Disease and Other Cardiovascular Diseases

The AHA defines “heart disease” as coronary heart disease (including congestive heart failure and diseases of the arteries), hypertension, stroke and sudden cardiac arrest.
According to AHA:

What Are the Major Risk Factors for Heart Disease?

The AHA has identified the following causes of cardiovascular disease:

Heart disease is a leading cause of death in the United States.

How Can HGH Therapy Mitigate These Risk Factors?

With the possible exception of “lifestyle choices,” such as poor nutrition and smoking, based on the studies mentioned above we can see how HGH therapy can help to mitigate most of the above risk factors. Primarily, HGH therapy has been shown to help build lean muscle and burn fat. Since obesity is a major contributing factor to diabetes, hypertension and therefore to heart disease, the ability of HGH therapy to reduce fat and raise metabolism lowers your risk of heart attack in stroke.
In addition, the studies mentioned above also found that HGH therapy could also reduce the buildup of plaque typical of patients with CVD, which is usually caused by high cholesterol.

The bottom line is, that when it comes to HGH therapy and the benefits for heart health, there is increasing scientific evidence that suggests growth hormone replacement therapy might be crucial in maintaining adequate heart health and for improving the lives of people already suffering from cardiovascular disease.

Research indicates that growth hormone therapy can be used to treat, or prevent cardiovascular disease.