It is one thing to wake up on that rare occasion and find yourself in a bit of a funk. However, for many adults, that seems to be a day-to-day occurrence. It is no joke to say someone is hormonal – imbalanced chemicals can lead to all sorts of problems. It is not just your physical well-being at risk when your growth hormone levels decline. You need to understand the HGH benefits for mood and cognitive function that can significantly impact your life.

Let us face the facts, our bodies and brains change as we age. We often become more forgetful, trying to remember why we entered a room or where we placed our keys, phone, or glasses. Grasping for words, forgetting names and dates, and feeling confused at times are all parts of aging. Or, are they?

There is a strong connection between growth hormone and cognitive function. After all, the brain is full of GH receptors just waiting to receive critical signals that stimulate mental activity. When these signals do not arrive, as in the case of adult growth hormone deficiency (AGHD), the receptor cells sit in silence. They do not carry out their functions.

How does human growth hormone influence our emotional health?

Think about where your emotions come from for a minute. If you saw the animated movie Inside Out, you witnessed how anger, disgust, fear, joy, and sadness interacted in the brain. Our emotions also rely on receptor cells in the brain receiving signals from HGH. When those receptors remain unaffected by human growth hormone, your mood can sink.

What Impact Does HGH have for Cognitive Functions?

The importance of growth hormone for cognitive function is seen in its protective effect on the central nervous system. HGH aids in the repair of damaged brain tissue, as well as producing the necessary proteins employed for memory storage. Growth hormone does much of its work at night while you sleep, processing the day’s activities and storing them away for future recall. That is also when more than half the day’s production of GH occurs.

Some of the work of HGH shows in the actions of a hormone that it stimulates the production of – insulin growth factor 1. In a 2013 report, IGF-1 deficiency demonstrated impairment in spatial and working memory and processing speed. IGF-1 impacts brain neurons, glia, and the cerebrovascular structure and function.

One area that has been subject to study is the impact of HGH and cognitive function changes in adults dealing with the aftermath of opioid addiction that leads to cognitive decline. Individuals who received six months of effective high-dose recombinant HGH therapy experienced the following:

Another area of research is that of traumatic brain injury and HGH benefits for mood and cognitive function. Both growth hormone deficiency (GHD) and post-traumatic hypopituitarism have been found in people with moderate to severe TBI. GHD affects roughly 20% of TBI patients. One small, year-long study of 23 individuals with either GHD or GHI (growth hormone insufficiency) showed those receiving HGH instead of a placebo had the following significant improvements:

Does HGH Deficiency Cause Mood Swings or Depression?

We often hear of old men referred to as grumpy or grouchy. Older women may be moody or hormonal. What do you think happens when your brain does not get the signals it needs? The corresponding receptors sit idly by without receiving their necessary supply of hormones. What may begin as a general blasé feeling can rapidly turn into full-blown depression. Without adequate HGH for mood and emotional well-being, you could easily retreat into yourself, turning away social invites and activities you once enjoyed.

It is not just the decline or loss of signal to the emotional sensors in the brain that can lead to depression. HGH deficiency may also cause weight gain, muscle and bone loss, aging skin, thinning hair, and sexual decline. The physical changes associated with low growth hormone levels can lead to feelings of depression and mood swings.

HGH benefits for mood and cognitive function can reverse depression on many levels. Growth hormone and IGF-1 stimulate the process of producing new cells crucial for the skin, bones, muscles, hair, and internal organs. A plentiful supply of new cells helps to keep you younger looking and feeling stronger. Since HGH also regulates metabolism, you can expect to lose some excess fat when you increase growth hormone levels. HGH is also a stimulator of sexual desire and functions.

Research on HGH and mood swings, depression, and self-image turned up the following positive improvements of growth hormone therapy:

It is apparent that HGH benefits for mood and cognitive function are significant. Growth hormone levels often start to decline towards the latter end of the twenties, continuing into the thirties and beyond. It may take many years of this gradual decline before the impact appears, but, by then, considerable damage is often done.

Most people do not have any idea of the effects of AGHD until they realize that they have aches and pains, depression, memory failure, weight gain, insomnia, and a host of other unpleasant symptoms. The good news is that it is never too late to reverse HGH mood effects and cognitive decline.

Our hormone clinic can help. We begin with a confidential telephone consultation at no charge to assess your situation. The next step is a physical examination and blood analysis. You will also complete a comprehensive medical assessment questionnaire.

After that, our hormone doctor reviews your results to determine if you have treatable growth hormone deficiency. If so, you will receive a prescription and begin a customized program of HGH therapy to reverse your symptoms.

Contact us today to learn more about how HGH therapy can improve your emotional and cognitive functions. 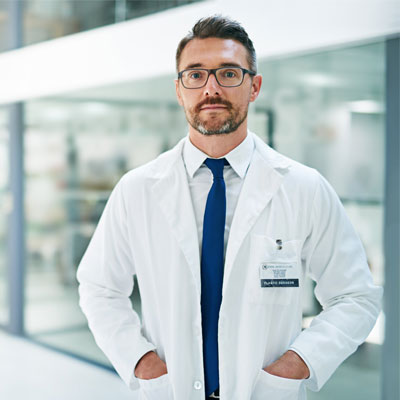