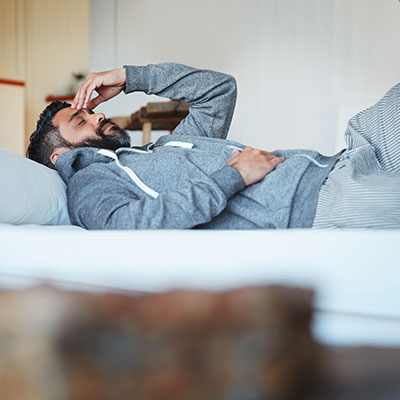 A lack of energy and chronic fatigue could be a sign of a hormone imbalance in men.

A hormone imbalance occurs when hormones rise above or drop below normal levels in a man’s bloodstream. While there are certain medical conditions that occur from too much of a given hormone, too little hormones is the far more common problem.

This is particularly true as we get older. As men age, the level of two very critical hormones drop, testosterone and human growth hormone. The depletion of these and other hormones can cause a hormone imbalance in men that often results in weakness, fatigue, and a lack of energy.


Symptoms of Hormone Imbalance in Men

It is normal for a man’s hormone levels to change from time time. However, long-term hormone imbalance in men, such as what can occur from age-related hormone depletion, can cause a number of problems, not the least of which is fatigue and lack of energy.

In addition to fatigue, the signs of a hormone imbalance in men include:

Causes of Fatigue in Men

Fatigue in men, particularly in aging men over 35, can definitely be hormone-related in several ways.

Age-related hormone loss in men negatively impacts metabolism. As metabolism slows, the conversion of the food you eat into energy decreases. Weakness, weight gain, and chronic fatigue are the result.

Low testosterone in men can also lead to anemia, which is when the body is unable to make enough healthy red blood cells. Less red blood cells decrease the delivery of oxygen to your organs, tissues, and cells which results in lowered energy levels.

Low Energy Is a Symptom of Hormone Imbalance in Men

Fatigue or low energy is definitely a sign of hormone imbalance in men. Among the many bodily functions that hormones regulate is metabolism – or the way you convert calories from the foods you eat into energy for your cells.

An imbalance of testosterone, HGH, thyroid hormones, or adrenal hormones, or any combination thereof, can slow metabolism and cause fatigue and decreased energy.

Men experiencing low energy may feel tired all the time and may be unable to complete basic tasks without feeling worn out or exhausted.

Other symptoms associated with low energy or fatigue include:

All of the above symptoms can be related to hormone imbalance in men.

Hormone Therapy Can Restore Your Energy 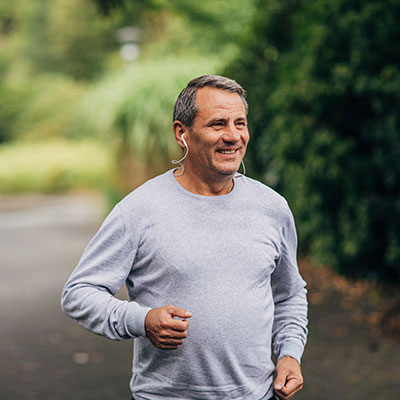 When fatigue in a man is related to hormone imbalance, hormone replacement therapy via testosterone injections, HGH injections, or both have been shown to significantly boost energy.

At its most basic level, the energy your body needs to function comes from the food that you eat. The calories in the food you ingest are converted into energy for your cells through the burning of fats and conversion of glucose (sugar) into cellular energy. Both of the processes are influenced by your HGH and testosterone levels. The conversion of food into energy is driven by your metabolism. Metabolism is the general term for all of the biological process that provides energy for your cells to function.

As we age, metabolism slows. This is largely due to the loss of HGH and testosterone that occurs as men grow older. As your metabolism slows, the ability of your cells to convert food into energy slows. You begin to feel weak and sluggish. This lack of energy and slowed metabolism can be a downward spiral that leads to related metabolic conditions such as diabetes and obesity. Such conditions will only drop your energy levels lower.

By boosting your metabolism, hormone replacement also increases your exercise capacity. That lets you exercise more, get more out of your workouts, burn more fat, build more muscle, and even further increase your energy and stamina.

Beyond raising your energy levels by increasing your metabolism and building muscle, hormone replacement also can improve sleep. Poor sleep and sleep apnea leading to daytime fatigue are common in men with age-related growth hormone deficiency. By improving sleep, HGH, and testosterone boost your daytime energy.

In fact, your body produces most of these critical hormones while you are in deep sleep, so hormone replacement therapy for men not only boosts your energy by helping you sleep better, sleeping better helps your body to make more HGH and testosterone, increasing your energy even further! Another way that low testosterone robs a man of his energy is the link between testosterone decline and anemia. Anemia is a condition in which you lack enough healthy red blood cells to carry adequate oxygen to your body’s tissues. Low testosterone has been associated with anemia. Studies have indicated that older men with low testosterone are almost five times more likely to be anemic than men with normal levels.

Among the many testosterone functions, the hormone plays a critical role in the production of red blood cells. Therefore, anemia is often a symptom associated with testosterone deficiency. One of the main impacts of anemia is tiredness and lack of energy.

While low levels of HGH or testosterone often lead to fatigue in men, these are not the only hormonal imbalances that sap men of energy. Though more common in women, men can also have thyroid hormone imbalances that can cause low energy.

Remember, too, that a hormone imbalance does not only mean too little of a given hormone but also too much. Thyroid hormones are one of those hormones that an “imbalance” in either direction – too much or too little – can lead to fatigue.

Hyperthyroidism, or an overactive thyroid, can also cause fatigue due to a racing heart, high blood pressure, sleep troubles, and an overtaxed system.

What Does the Medical Research Say About Men, Hormones, and Fatigue?

Another  Trusted sourceThe benefits and risks of testosterone replacement therapy: a reviewNCBIGo to source2009 study concluded that “Restoring testosterone levels to within the normal range by using testosterone replacement therapy can improve many of the effects of hypogonadism. Most importantly, these include beneficial effects on mood, energy levels, and patients’ sense of well-being, sexual function, lean body mass and muscle strength, erythropoiesis and bone mineral density (BMD), cognition, and some benefits on cardiovascular risk factors.”

A 2019 study published in the Trusted sourceSex, Energy, Well-Being and Low Testosterone: An Exploratory Survey of U.S. Men’s Experiences on Prescription TestosteroneNCBIGo to sourceInternational Journal of Environmental Research and Public Health, that particularly looked at the impact of testosterone replacement therapy (TRT) on “sex, energy, and well-being” concluded, “Effects noticed by TRT patients were mostly positive and consisted of increased energy, libido, and muscle. At the moment, it appears that these TRT patients sought and found a source of well-being, increased energy, and sexual interest, with some gain of muscle and loss of fat too.”

The Testosterone Trial is a multicenter study of six coordinated trials of 800 men with low testosterone. One of those six trials specifically looked at anemia. The Trusted sourceTestosterone levels and anemia in older menNEBIDOGo to sourceAnemia Trial of the Testosterone Trials drew the following conclusions:

The overall conclusion of the trial started, “[our results] suggests that the increase in hemoglobin levels and amelioration of anemia with testosterone treatment is clinically meaningful.”

Overall, the TTrials were a coordinated set of seven placebo-controlled, double-blind trials in 788 men with a mean age of 72 years, designed to determine the efficacy of increasing the testosterone levels of older men with low testosterone through the use of testosterone replacement therapies.

The findings of the Testosterone Trials were published in March of 2018. The key takeaways from the TTrials were that for older men with low testosterone, testosterone treatment for one year:

Now that you know a lot more about how to treat hormone imbalance in men, why not contact us and learn more about the many life-changing benefits of hormone replacement therapy?

What Is a Hormone Imbalance?

A hormone imbalance is defined as having too little or too much of a given hormone in the bloodstream.

There are multiple reasons attributed to hormonal imbalance in men. The main causes include:

The hemoglobin within red blood cells carries life-giving oxygen through your heart and lungs. Anemia is a condition in which your body lacks sufficient red blood cells to carry healthy oxygen levels.

How Are Hormone Imbalances Treated?