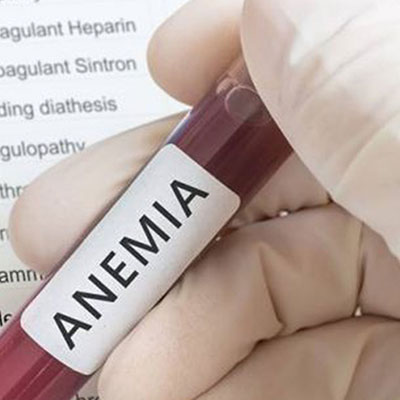 Anemia is a condition in which you lack enough healthy red blood cells to carry adequate oxygen to your body’s tissues. Low testosterone, or “Low-T,” has been associated with anemia. Studies have indicated that older men with low testosterone are almost five times more likely to be anemic than men with normal levels.

Among the many testosterone functions, the hormone plays a critical role in the production of red blood cells. Therefore, anemia is often a symptom associated with testosterone deficiency. The higher-than-normal rates of anemia, particularly in men over 50 suffering from hypogonadism or low testosterone, have led medical researchers to further explore the connection between testosterone levels and anemia in older patients.

The hemoglobin within red blood cells carries life-giving oxygen through your heart and lungs. Anemia is a condition in which your body lacks sufficient red blood cells to carry healthy oxygen levels.

What Are the Signs and Symptoms of Anemia?

There are different types of anemia and different causes for the condition. Anemia can be mild, or it can be quite severe. Some of the most common causes of anemia include:

The is an abundance of recent clinical research that shows a connection between anemia and low testosterone. This link is particularly evident in patients over 50 with anemia.

Mild cases of anemia can be present with little or no symptoms. More severe cases can seriously impact your quality of life with symptoms such as:

Of greatest concern is that even mild cases of anemia can lead to premature death by increasing the risk of cardiovascular disease, liver disease, and kidney disease. 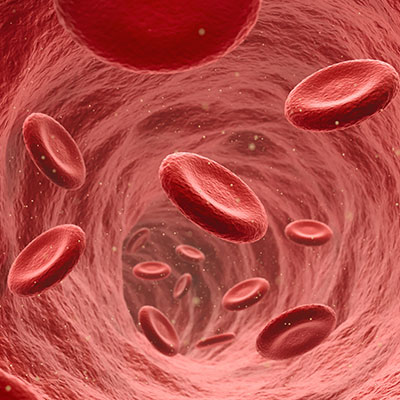 Testosterone replacement therapy has been known to increase red blood cell production. In patients on testosterone therapy, this can sometimes lead to a condition known as erythrocytosis or polycythemia, in which the blood becomes thicker and more viscous. This is why non-anemic patients taking testosterone often have to go for regular therapeutic blood draws to avoid this condition.

How Does Testosterone Affect Hemoglobin?

Low hemoglobin counts lead to anemia, and anemia has been shown to negatively impact your level of certain critical hormones. Thus, one of the many health issues that can be caused by anemia is hormone imbalance. Specifically, low iron-related anemia has been found to lower the production of thyroid hormones.

In 2014 a UCLA research team discovered a new hormone called erythroferrone, which regulates the iron supply needed for red blood-cell production. Low hemoglobin and anemia are related to low levels of this new hormone and vice versa.

What Impact Does Testosterone Have on Iron Levels?

Iron is one of your body’s most essential vital nutrients. It supports various biological activities in your body, but its most important function is the role iron plays in synthesizing hemoglobin and minimizing the risk of anemia.

Among its other actions related to red blood cell production, testosterone also suppresses the release of a peptide hormone known as hepcidin, which is a regulator of iron absorption. Basically, hepcidin pulls iron out of your blood, so the greater the level of testosterone you have, the higher degree of iron in the blood, and the more red blood cell production. This is why men have a greater blood volume than women. It also explains why anemia is far more common among women than it is among men.

Hepcidin is primarily made in the liver, and when suppressed in the presence of increased testosterone, it can cause more iron than is normally present in the bloodstream. It is a lack of iron in the blood that is one of the primary causes of anemia. Conversely, increased iron in the blood signals your bone marrow to increase red blood cell production.

Again, in patients without anemia, taking testosterone this increased iron in the blood could lead to a problem, however in testosterone deficient patients with anemia, whose symptoms of anemia are being caused by a lack of healthy red blood cells, the stimulation of red blood cell production can be a positive benefit rather than a troublesome side effect. 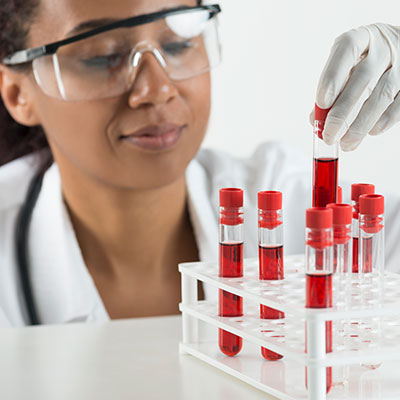 Many studies have shown that there can be positive benefits of testosterone replacement therapy for patients with low testosterone and anemia, particularly when we know that the anemia is not the result of any other causes.

Further information from the study mentioned above brings up the concern that anemia in older persons is often associated with a higher risk of disability and accelerated physical function decline. The study of 905 individuals contained 396 men, of whom 31 had anemia at baseline (20 with no evident cause) and 509 women with 57 diagnosed with anemia (26 with no evident cause). Those participants with anemia had a greater incidence of stroke history than those without anemia, as well as lower testosterone levels – independent of age.

This study and others have clearly indicated that testosterone deficiency can contribute to the development of anemia, especially in older patients and in the absence of other known causes.

Because testosterone is known to boost the production of red blood cells, men on testosterone therapy could experience a condition called polycythemia, which is an increase in red blood cells, making the blood thicker and more viscous. This thicker blood can make it harder for the heart to pump. It can put testosterone replacement patients at a higher risk for high blood pressure, strokes, and heart attacks. This is why the blood of patients on T-therapy is carefully monitored for the development of polycythemia.

Doctors also recommend that men on testosterone can avoid the condition by having a “therapeutic blood draw” about every 120 days.

What Does the Medical Research Say About Anemia and Testosterone?

The studies mentioned earlier are just some of a growing body of evidence that indicates a definitive link between anemia and low testosterone, particularly in patients over the age of 50.

A landmark study on the value of testosterone replacement for older men, “The Testosterone Trial,” concluded in 2018. The described purpose of the Testosterone Trial is as follows: “As men age their blood testosterone levels fall, and also they find it more difficult to walk, have less energy, have less interest in sex, have greater difficulty remembering, and tend to be anemic, as well as greater risk of cardiovascular disease.

The Testosterone Trial is a multicenter study of six coordinated trials of 800 men with low testosterone. One of those six trials specifically looked at anemia. The Trusted sourceTestosterone levels and anemia in older menNebido®Go to sourceAnemia Trial of the Testosterone Trials drew the following conclusions:

The overall conclusion of the trial started, “[our results] suggests that the increase in hemoglobin levels and amelioration of anemia with testosterone treatment is clinically meaningful.”

Now that you understand more about the relationship between low testosterone and anemia, why don’t you take a minute to contact us and see if testosterone therapy may be right for you?

According to the Mayo Clinic, anemia is a condition in which you lack enough healthy red blood cells to carry adequate oxygen to your body's tissues. Having anemia, also referred to as low hemoglobin, can make you feel tired and weak.

There are many forms of anemia, each with its own cause. Anemia can be temporary or long-term and can range from mild to severe. In most cases, anemia has more than one cause. See your doctor if you suspect that you have anemia. It can be a warning sign of serious illness. Treatments for anemia depend on the root cause of the condition.

4. How Is Anemia Diagnosed?

5. Is Anemia More Common in Men or Women?

Overall, anemia is twice as prevalent in females as in males. This difference is significantly greater during the childbearing years due to pregnancies and menstruation. Each healthy pregnancy depletes the mother of approximately 500 mg of iron.

While a man must absorb about 1 mg of iron to maintain equilibrium, a premenopausal woman must absorb an average of 2 mg daily. Further, because women eat less food than men, they must be more than twice as efficient as men in the absorption of iron to avoid iron deficiency.

6. What Happens If Anemia Goes Untreated?

Iron-deficiency anemia can cause serious health problems if left untreated for too long. Your organs need oxygen to function properly, and with the low hemoglobin levels, your body is unable to produce enough red blood cells that carry oxygen to your vital organs. Your heart then ends up working harder to make up for the lack of oxygen. This strain can cause an enlarged heart or even heart failure.