Our insight into the many benefits of human growth hormone continues to grow with each new study. One such area of Trusted sourceHGH and immune system Pediatric ResearchGo to sourceresearch is how HGH affects immune system functions. Because growth hormone influences cell regeneration – in other words, every cell in the body – HGH also impacts crucial immune cells. HGH does this, in part, by activating insulin growth factor 1 release in the immune system that helps to support cellular activities.


The immune system protects the body from illness, infection, bacteria, germs, and other invading forces that can lead to sickness. It does this function in two ways:

What is the connection between growth hormones and immune system functions?

Other HGH immune system cellular benefits are seen in:

HGH impacts the immune system by increasing T and B cells, red and white blood cells, antibodies, immunoglobulin, and more. 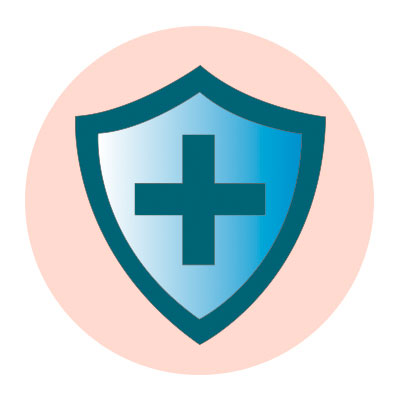 One of the first roles of HGH and immune system function is that of the effects of growth hormone on the thymus gland during childhood.

The thymus gland is a butterfly-shaped gland that sits beneath the breastbone in the upper part of the chest. Its primary function is to produce immune fighting T cells during childhood and puberty. The hormone thymosin from the thymus gland is essential for T cell development and production. Lymphocytes (white blood cells) pass through the thymus where they transform into the vital T cells. Mature T cells migrate to lymph nodes throughout the body to assist the immune system. All the T cells your body requires are produced by the time you reach puberty.

Adolescents tend to have the strongest immune systems. Their bodies are designed to take the viruses that enter and build up immunity. By young adulthood, the immune system functions at its highest level. With built up immunities and a plethora of T cells and other infection-fighting cells, it is easy to ward off illness. Young children and the elderly are most likely to succumb to serious illnesses such as the flu. It is no surprise that peak HGH levels are seen during early adulthood when the immune system is at its best.

After puberty, the thymus begins to shrink, until, by age 75, all that is left is fatty tissue. If the thymus gland shrinks with age, how does HGH help immune system functions through that gland?

Even in adulthood, HGH improves certain thymic functions such as thymocyte proliferation and migration to the lymphatic system. The scientific evidence of this has been shown in HIV-infected adults who receive HGH therapy.

How HGH affects immune system functions in these adults is by increasing CD4 and CD8 lymphocyte counts which demonstrates a boost in the activity of the thymus gland.

The effects of HGH go well beyond the thymus gland and T cells. HGH can alter macrophages, natural killer (NK) cells, and B cells.

HGH Benefits for the Immune System 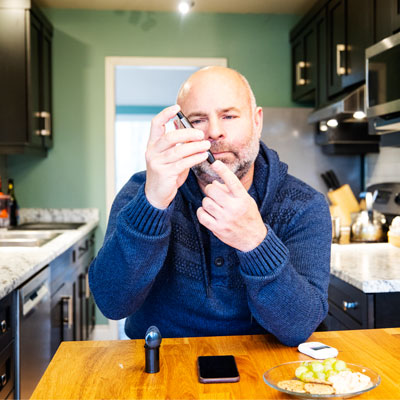 The Link Between Diabetes and HGH Explained

The older we get, the more we seem to get sick – and the longer it takes to recover. Elderly adults are at the greatest risk of life-threatening infections. How does HGH improve immune system functions to ward off illness?

Although HGH is primarily an endocrine hormone, scientists have discovered that lymphocyte cells in the immune system also produce a small amount of growth hormone. Lymphocyte HGH works locally on the immune system rather than systemically like pituitary HGH.

As we further look at how HGH affects immune system functions, we focus on stress – a condition that can affect the body in many ways. Stress has been shown to be a mitigating factor in illness. The more stress in one’s life, the greater the risk of becoming sick. Stress weakens the immune system by breaking down immune responses. People with higher levels of stress also have elevated cortisol levels in their bloodstream. Cortisol is an inhibitor of the production of HGH in the pituitary gland. Not only does stress impact immunity, but it reduces one of the primary hormones that helps strengthen immune system functions. When you increase HGH levels through supplementation, you automatically lower cortisol levels as these two hormones are antagonistic of one another.

How to Improve Your Body’s Immunity with HGH

Can I Use HGH for Sports Results Improvement

Research has also shown HGH administration to provide benefits for the treatment of severe sepsis in certain critical illnesses. By promoting myeloid cell maturation, HGH can protect the body against bacterial infection. Its role in proliferation and differentiation of a multitude of infection-fighting cells is via activation of various signal transduction pathways.

HGH use not only improves thymic functions, but it has the potential for treatment of certain immunodeficiency conditions such as with HIV/AIDS.

Although much of these functions are complex, the bottom line is in how HGH affects immune system reactions. We find that adults who are growth hormone deficient and receive HGH therapy tend to get fewer colds and viruses. When they do get sick, they recover in a shorter time.

To find out more about HGH and its immune system benefits, or to learn the many ways HGH can help you, contact our hormone clinic for a free consultation.

HGH has immune-boosting benefits for the body, and certain immunodeficiency conditions.

Effect of growth hormone (GH) on the immune system

Growth Hormone and the Immune System