contact us Get discount
Home
>
Blog
>
hgh
>
Are There Any Alternatives to HGH Therapy? 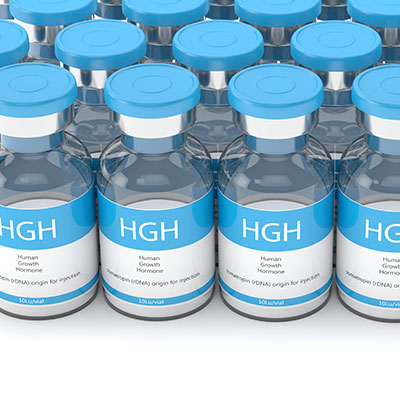 Human growth hormone (HGH) is usually prescribed to treat people with growth hormone deficiency (GHD). However, there are patients who may benefit from some alternatives to HGH therapy.

There are specific long-chain proteins that can stimulate the production of human growth hormone or HGH. These organic compounds are known as HGH peptides or, more specifically, growth hormone-releasing peptides (GHRP).

As their name implies, “growth hormone-releasing peptides” are not HGH but a specific type of hormone that stimulates the production and release of HGH. For this reason, in certain cases of GHD, HGH peptide therapy may be an alternative to HGH therapy.

Depending on your symptoms and degree of GHD, sermorelin therapy could be an effective alternative to growth hormone replacement therapy.

HGH and sermorelin therapy can both be used to treat adults with GHD. The main difference is in the way that they do so. HGH therapy increases your level of HGH by adding actual HGH made from human DNA directly into your body. Sermorelin, on the other hand, is not HGH, but when introduced, it triggers your body to make more HGH.

Sermorelin is biologically identical to the GHRH that is naturally produced by your body.

For many patients, sermorelin therapy can be a safe and effective alternative treatment for those suffering from age-related growth hormone deficiency.

Are HGH and Sermorelin the Same Thing?

Both sermorelin and HGH can be used to treat growth hormone deficiency, but they are not the same thing.

HGH and sermorelin are quite closely related. Either one or both can be used to treat adults with GHD. This is why they are often discussed with one another and why most doctors and clinics that offer HGH replacement also offer sermorelin therapy. However, while they can both be used to treat patients with lower than normal HGH levels, they are not the same thing.

Sermorelin and HGH are two distinct prescription medications that work very differently to raise the HGH levels in patients suffering from age-related GHD. HGH is a hormone that is naturally produced and secreted by the pituitary gland. Sermorelin, on the other hand, stimulates your pituitary gland to produce more HGH.

Are HGH and Sermorelin Ever Given Together?

Depending on your symptoms, growth hormone therapy alone or sermorelin therapy may be an effective treatment. However, studies have shown that there are patients who can benefit from a combined therapy of both used together.

Sermorelin therapy is most effective for patients whose HGH levels are only slightly below normal. In such individuals, sermorelin therapy alone may be all the body needs to produce enough HGH to bring your level back into the optimal range for your needs.

HGH therapy and sermorelin therapy can be used together. In patients whose levels and symptoms cannot be treated by sermorelin alone, your doctor may prescribe combination therapy. When used together, HGH injections are used to very quickly bring your HGH levels up. Sermorelin is used in combination to “train” your body to also produce more HGH on its own.

This two-pronged approach can give patients quicker and longer-lasting benefits of growth hormone therapy. But, only your doctor can determine if such combined therapy is right for you.

What Kind of Benefits Can I Expect From Sermorelin Therapy? 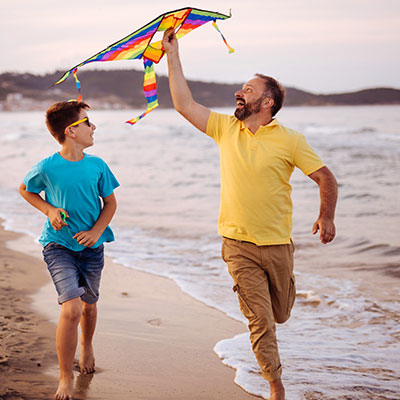 It is important that patients who may be seeking alternatives to growth hormon e replacement therapy not confuse sermorelin therapy with any other products that claim to increase your level of HGH. Like HGH, sermorelin therapy is an actual medication prescribed by a doctor to treat patients with adult-onset or age-related growth hormone deficiencies.

There are many products available on the internet and in health food stores that claim they can boost your body’s ability to make HGH. However, sermorelin is one of a class of drugs that are the only legitimate, clinically proven treatments available that can do so.

For patients who meet the criteria for sermorelin therapy, it can provide many of the same benefits of growth hormone therapy, such as:

Since sermorelin therapy provides many of the same benefits, only your doctor can determine if you can manage with an HGH alternative like sermorelin or you need growth hormone therapy.

In some cases, sermorelin injections alone may be enough to bring your levels back to what is best for you and achieve the above benefits. If your doctor believes you are a good candidate, sermorelin therapy could be a lower-cost alternative to growth hormone therapy.

Is Sermorelin the Only Peptide Alternative to HGH? 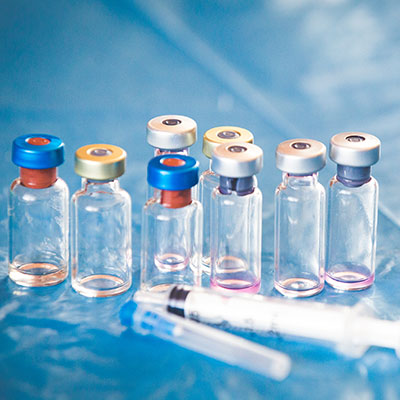 There are many other HGH peptides similar to sermorelin that may also be prescribed as a potential alternative to HGH therapy. The second most commonly prescribed HGH alternative is Ipamorelin.

Sermorelin and Ipamorelin are very similar compounds. They are both long-chain peptides that basically differ only in the number and make-up of amino acids in the chains.

Sermorelin and Ipamorelin are man-made (synthetic) versions of a GHRH known as Ghrelin, which is naturally produced by your body, which stimulates the production and release of HGH. Growth hormone-releasing peptides, such as ipamorelin and sermorelin, are large-chain hormones that differ from one another only in the number of amino acids in the peptide chain.

Both ipamorelin and sermorelin stimulate the secretion of human growth hormone with few if any negative side effects. They differ only in the length of their respective amino acid chains, and therefore, they interact with different receptor sites in the brain and pituitary.

Alone, either has been proven effective in treating adults with low-level GHD. There is also current research that since they do affect different receptor sites in different ways, there could be some benefits to be had in combining the two therapies.

Are There Any Other Ways to Increase HGH Levels?

If your HGH levels are so low that you have been diagnosed with a growth hormone deficiency, then chances are HGH therapy or one of the HGH alternative peptide therapies are the only way to bring your HGH levels back into the normal range. However, if your HGH levels are only slightly below normal or if you want to try to maintain a healthy HGH level as you age, there are some behavior and lifestyle changes that you can make that may increase your HGH.

Being overweight slows your metabolism, which decreases your HGH production, so one of the best ways to increase your level of HGH is to lose weight.

In the process of losing weight and getting into shape, there are certain exercises, such as weight training and High-Intensity Interval Training (HIIT), that are known to increase the production of HGH.

Other ways to naturally improve your production of HGH include:

What Does the Medical Research Have to Say About Sermorelin Therapy?

There have been several sermorelin studies to date that validate the use of sermorelin as an alternative to HGH to treat GHD in some cases.

One of the earliest studies to suggest that sermorelin could be a viable alternative to HGH was published in 1996, which established that sermorelin could have similar therapeutic effects as HGH when prescribed for children who were failing to achieve growth milestones. Trusted sourceOnce daily subcutaneous growth hormone-releasing hormone therapy accelerates growth in growth hormone-deficient children during the first year of therapy. Geref International Study GroupOxford University PressGo to sourceThat study concluded,”[sermorelin] administered as a once-daily dose of 30 micrograms/kg GHRH.(1-29), s.c., was effective in increasing height velocity in GH-deficient children.”

A 2006 study published in the medical journal Trusted sourceSermorelin: A better approach to management of adult-onset growth hormone insufficiency?NCBIGo to sourceClinical Interventions in Aging concluded that peptide therapies such as sermorelin have fewer side effects and, in many cases, can be preferable to human growth hormone, particularly when sermorelin is prescribed for “anti-aging.”

A study looking at the Trusted sourceEffects of single nightly injections of growth hormone-releasing hormone (GHRH 1-29) in healthy elderly menPubMedGo to sourcebenefits of GHRP therapy for elderly men concluded that sermorelin injections “may increase muscle strength, and it alters baseline relationships between muscle strength and muscle bioenergetics in a manner consistent with a reduced need for anaerobic metabolism during exercise.”

HGH is released in “pulses.” These pulses are at their highest at night during sleep. It has been found that overweight males exhibit fewer nightly pulses of HGH. A Trusted sourceEffects of a Growth Hormone-Releasing Hormone Analog on Endogenous GH Pulsatility and Insulin Sensitivity in Healthy MenOxford University PressGo to source2011 study found that the use of “GHRP analogs” similar in chemical structure to sermorelin effectively increased the nightly release of HGH in overweight men.

These are just a few examples of the multitude of clinical studies on the benefits of sermorelin. Taken together, these sermorelin studies help validate sermorelin’s safety and efficacy in stimulating the production of human growth hormone and that it is a viable alternative -in some cases – to growth hormone therapy.

Now that you know a bit more about sermorelin and other possible HGH alternatives, why not contact us today and find out more about the many life-changing benefits of growth hormone therapy?

1. What Is the Difference Between Peptides Like Sermorelin and HGH

Human growth hormone (HGH) is a critical hormone involved in cell and tissue growth, produced by the pituitary gland. HGH peptides such a sermorelin stimulate the pituitary gland to make HGH. Since the purpose of HGH peptide therapy is to increase the production of HGH, generally speaking, the two therapies have the same benefits.

The differences basically lie in their ability to achieve said benefits. In some cases, GHRP therapy alone is enough to treat your symptoms of growth hormone deficiency. Sometimes peptide therapy is used in conjunction with growth hormone replacement.

2. What Are the Advantages of Sermorelin Therapy?

The main advantage of alternative HGH therapies, if you qualify, is the cost. If your symptoms of growth hormone deficiency can be effectively managed by GHRP therapy, you could save quite a bit of money on your treatment. The average monthly cost of sermorelin or ipamorelin injections is significantly lower than HGH injections. On average, HGH injections cost anywhere from $750 to $2000 per month, depending on the dose and brand of HGH. Sermorelin injections cost about $400 to $750 per month.

HGH Peptides like sermorelin are a well-tolerated and safe way to increase your natural production of human growth hormone. In addition to sermorelin, there are many other approved peptides available, and we often prescribe a combination of peptides for optimal results. Peptides are appropriate for men and women alike, no matter your age.

4. Do You Need a Prescription for Sermorelin Therapy?

5. How Long Before I Will See Results from Sermorelin Therapy?

Sermorelin therapy is given over the course of many weeks. Individual results will vary. However, typically it takes 3-6 months to see the most common benefits of sermorelin treatment, such as increased lean muscle mass; reduced body fat; increased bone density and collagen production; increased bone density; enhanced immune system and cardiovascular function, pancreatic and liver function; and optimal increases in energy and vitality.