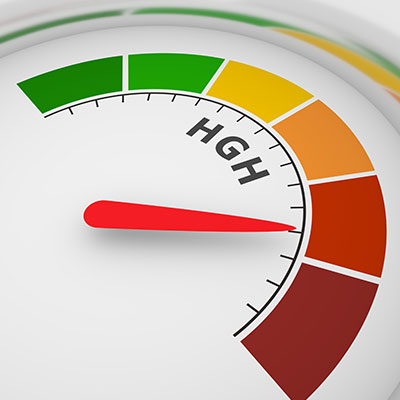 Some patients with growth hormone deficiency can benefit from HGH peptide therapy.


Are HGH Peptides the Same as HGH?

Human Growth Hormone and HGH peptides are intimately related, and both can be used to treat men and women with growth hormone deficiency (GHD). This is why they are often discussed together, and also both are usually prescribed by doctors and clinics who specialize in hormone replacement therapies.

However, they are not the same thing.

What Are HGH Peptides?

HGH is a hormone, the technical name for which is “somatotropin.” Naturally occurring somatotropin is produced and secreted by the pituitary gland. HGH peptides such as sermorelin and ipamorelin belong to a group of bodily chemicals collectively known as secretagogues. A secretagogue is so named because it stimulates the secretion of other chemicals or hormones.

Simply put, HGH is the vital hormone that influences the growth and repair of cells and tissues. HGH peptides are long-chain proteins that stimulate the production and release of HGH.

When used to treat growth hormone deficiencies, synthetic versions of naturally occurring HGH peptides such as sermorelin or ipamorelin are used. These are prescription medications, and you must have a doctor’s prescription for either of these HGH peptides.

HGH is produced by the pituitary gland. HGH is released by the pituitary in “bursts” throughout the day. The depletion of growth hormone as we age, causing the frailty, weakness, and other symptoms we think of as aging, has been well documented. Interestingly enough, what the research shows is that while overall levels of HGH in the bloodstream drop as we age, the number of those daily bursts remains relatively unchanged. This would seem to indicate that the amount of HGH in each “burst” is what is really changing.

Growth hormone-releasing peptides work by stimulating the pituitary to produce more HGH, and therefore, there is more HGH output in each burst.

Which HGH Peptide is Better for Me, Sermorelin or Ipamorelin? 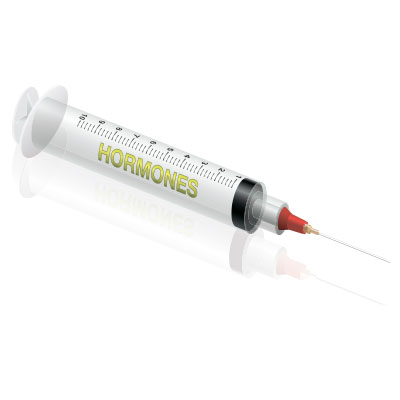 When comparing HGH peptide therapies such as sermorelin and ipamorelin, we do not like to speak of which is “better,” but rather which is right for you given your symptoms, hormone levels, and medical history.

Both ipamorelin and sermorelin are used to effectively treat growth hormone deficiencies by stimulating the production and release of HGH.

While the two HGH peptides have much in common, they are not exactly the same thing. Sermorelin and ipamorelin are man-made (synthetic) versions of the growth hormone-releasing peptides naturally produced by your body. They are prescription medications used to treat patients with growth hormone deficiencies.

Growth hormone-releasing hormones are large peptide hormones that differ from one another only in the number of amino acids, which can vary from 37 to 44. Both ipamorelin and sermorelin are medications that are made to duplicate the action of the naturally occurring GHRH, Ghrelin. Ghrelin is a 28-amino-acid peptide that, like ipamorelin and sermorelin, acts to increase growth hormone secretion.

Sermorelin is made up of 29 amino acids; therefore, its chemical name is GRH 1-29. Ipamorelin is considered to be a somewhat milder GHRP than sermorelin, chemically more similar to Hexarelin and GHRP6.

Both ipamorelin and sermorelin stimulate the secretion of human growth hormone with few if any negative side effects.

As stated above, either sermorelin or ipamorelin can be used to treat low levels of HGH in the blood. Since they both are designed to boost your body’s level of HGH, they effectively have the same benefits. The differences basically lie in the different hormone receptors they react with to stimulate HGH production and release. Because of those different receptors, they can stimulate different volumes of release over different periods of time. Your doctor will help to decide which one will produce the effects most compatible with your symptoms, goals, and lifestyle.

Is HGH Peptide Therapy Ever Combined With HGH Therapy?

HGH therapy and GHRP therapy can and often are used together.

HGH peptide therapy is most effective for patients whose HGH levels are only slightly below normal. In such individuals, HGH peptide therapy alone may be all the body needs to produce enough HGH to bring your level back into the optimal range for your needs.

In patients whose levels and symptoms cannot be treated by peptides alone, your doctor may prescribe combination therapy. When used together, HGH injections are used to very quickly bring your HGH levels up. GHRP therapy is added in combination to “train” your body to also produce more HGH on its own.

This two-pronged approach can give patients quicker and longer-lasting benefits of growth hormone therapy. But, only your doctor can determine if such combined therapy is right for you.

What Kind of Results Can I Expect From HGH Peptide Therapy?

It is important that patients who may be seeking alternatives to growth hormone replacement therapy not confuse HGH peptide therapy with other products that claim to increase your level of HGH. Like HGH, HGH peptide therapy is an actual medication prescribed by a doctor to treat patients with adult-onset or age-related growth hormone deficiencies.

There are many products available on the internet and in health food stores that claim they can boost your body’s ability to make HGH. GHRP’s such as sermorelin and ipamorelin are the only legitimate, clinically proven treatments available that can do so.

For patients who meet the criteria for GHRP therapy, it can provide many of the same benefits of growth hormone therapy, such as:

Since they provide many of the same benefits, only your doctor can determine if you need HGH peptide therapy or growth hormone therapy.

In some cases, HGH peptide injections alone may be enough to bring your levels back to what is best for you and achieve the above benefits. If your doctor believes you are a good candidate, GHRP therapy could be a lower-cost alternative to growth hormone therapy.

Now that you know a lot more about HGH peptides, why not contact us today and learn even more about the many life-changing benefits you can receive from HGH therapy.

1. What Is the Difference Between HGH Peptides and Growth Hormone

Human growth hormone (HGH) is a critical hormone involved in cell and tissue growth, produced by the pituitary gland. HGH peptides such a sermorelin stimulate the pituitary gland to make HGH. Since the purpose of HGH peptide therapy is to increase the production of HGH, generally speaking, the two therapies have the same benefits.

The differences basically lie it their ability to achieve said benefits. In some cases, GHRP therapy alone is enough to treat your symptoms of growth hormone deficiency. Sometimes peptide therapy is used in conjunction with growth hormone replacement.

2. What Are the Advantages of Sermorelin or HGH Peptide Therapy?

The main advantage of HGH peptide therapy, if you qualify, is the cost. If your symptoms of growth hormone deficiency can be effectively managed by GHRP therapy, you could save quite a bit of money on your treatment. The average monthly cost of sermorelin or ipamorelin injections is significantly lower than HGH injections. On average, HGH injections cost anywhere from $750 to $2000 per month, depending on the dose and brand of HGH. Sermorelin injections cost about $400 to $750 per month.

HGH Peptides are a well-tolerated and safe way to increase your natural production of human growth hormone. There are over 60 approved peptides available, and we often prescribe a combination of peptides for optimal results. Peptides are appropriate for men and women alike, no matter your age.

4. Do You Need a Prescription for HGH Peptide Therapy?

Yes. You cannot, under any circumstances, legally purchase growth hormone peptides like sermorelin or ipamorelin online or anywhere else without a doctor’s prescription.

5. How Long Before I Will See Results From HGH Peptide Therapy?

HGH peptide therapy is given over the course of many weeks. Individual results will vary. However, typically it takes 3-6 months to see the most common benefits of sermorelin treatment, such as increased lean muscle mass; reduced body fat; increased bone density and collagen production; increased bone density; enhanced immune system and cardiovascular function, pancreatic and liver function; and optimal increases in energy and vitality.