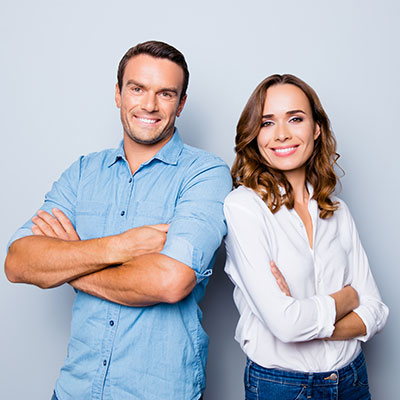 Even though testosterone is recognized as the most important male hormone or androgen, women’s bodies make and need testosterone as well.

In fact, because women require only a small amount of testosterone to maintain good health, in a way, their bodies are even more sensitive to fluctuations in testosterone levels than men’s bodies are.


Why Do We Need Testosterone?

Testosterone in males is primarily responsible for boys maturing sexually and being able to produce sperm. It is also responsible for all of the “secondary sexual characteristics” we associate with the onset of puberty, such as a deepening voice, beard growth, etc.

As adults, in both men and women, testosterone is associated with sex drive or libido. It plays a vital role in muscle and bone growth as well. It has an impact on cognition and emotional wellbeing. Testosterone also impacts how the body metabolizes or stores fat.

What Are the Male And Female Sex Hormones?

What Does Testosterone Do In Each Sex?

In both men and women testosterone plays a critical role in mental, physical, and emotional health. Female bodies readily convert testosterone and other androgens they produce into female sex hormones.

Both females and males experience an initial surge of testosterone and estrogen during puberty, which lasts through young adulthood.

This production of sex hormones contributes to the development of secondary sex characteristics. These include deep voices and facial hair and higher voices and breast development.

In both men and women testosterone plays a role in: 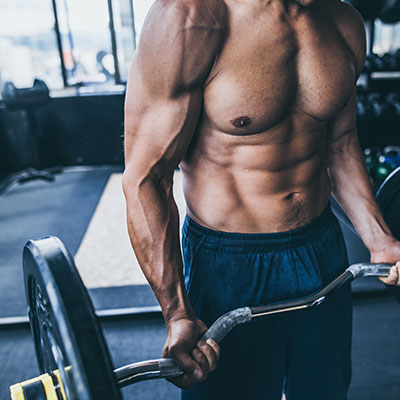 Even after sexual maturity testosterone in a man’s body continues to play a vital role.

In women, testosterone actually works in conjunction with the female sex hormones estrogen and progesterone to help women mature sexually, and to maintain fertility, reproductive health, and bone mass.

In addition, testosterone also plays a role in cognition and emotional well-being in women. In fact, the most current research seems to suggest that the reduced sex drive and emotional changes that women experience as the result of menopause, are more a result of her drop in testosterone in her post-childbearing years, than of estrogen.

Maintaining adequate supplies within the normal range of testosterone in the blood for women is critical to overall health and wellness. As in men, testosterone in women is necessary for sexual desire and performance. It also plays a critical role in cellular metabolism, and therefore a women’s ability to maintain a proper lean muscle to fat ratio.

Also, as in men, testosterone in women plays a role in cognition, mood, and maintaining healthy sleep patterns.

In fact, some of the most recent research seems to indicate that the reason why women are far more likely to develop Alzheimer’s disease later in life than men is due to the greater protection against dementia men receive by having more testosterone in their blood than women.

A recent study published in The Journal of Clinical Endocrinology & Metabolism found that postmenopausal women who were suffering from Alzheimer’s disease had below-normal testosterone levels and suggested that testosterone replacement could offer women a “neuroprotective effect.”

What Are the Normal or Average Testosterone Levels in Men and Women?

The following chart illustrates the normal total testosterone levels for men and women by “Tanner Stage” and age. The Tanner Scale breaks down the observable signs of puberty into 5 stages, running from Stage I from about age 10 to Stage V at 15 for boys, and about age 8 to 15 for girls.

Is Testosterone Exclusively a Male Hormone?

Will I Grow a Beard?

No that is a misconception caused because testosterone is used to increase facial hair growth in women transitioning to males. However, in such cases, vastly higher doses of testosterone are used than that which are used for standard testosterone replacement for women. In a woman that is transitioning to male massive amounts of testosterone are used to bring her level into the normal ranges for a man – which are 20 TIMES the levels that are normal for a woman. The goal of testosterone replacement for women is to bring her level to what is normal for a woman. At that level, not only will testosterone therapy not cause a woman to grow a beard or any kind of unwanted hair – it can actually help make her hair more healthier looking and smooth and can even promote hair growth in areas of hair loss due to menopause.

Will Testosterone Make Me More Masculine?

There is a common myth or misconception that testosterone therapy can “masculinize” women. In other words, make them "too manly" by deepening their voice or even causing excessive hair growth on the face or body. This is not true. While it is true that testosterone is used to “masculinize” transgender women who are transitioning to men, in the doses normally prescribed for women that are having issues with low testosterone, this does not occur. In fact, restoring a woman’s testosterone to more youthful levels, far from making you more masculine, can actually make you more feminine and sexier!

Revisiting the role of testosterone: Are we missing something?

Testosterone — What It Does And Doesn’t Do