Testosterone replacement therapy has been shown to have a positive impact on mood, memory, cognition, and other higher-order brain functions.

Testosterone is a critical hormone. It is essential for many aspects of a man’s health, including bone and muscle growth, sperm development, sexual performance, and fat metabolism. In addition to the many ways that testosterone contributes to a man’s physical wellbeing, it also has an important effect on brain activity. That’s because certain regions of the brain are full of testosterone receptors and are subject to its influence.

Research has shown that when your body’s natural testosterone levels decline due to age-related testosterone loss, specific brain functions can become impaired, too – particularly those related to memory, cognition, and emotional states.

Because of this relationship between testosterone levels and brain functions, doctors know that testosterone replacement therapy can give men (and women!) suffering from low testosterone a necessary “brain boost.”

Older men, and particularly menopausal women, complain of a condition known as “brain fog.” Brain fog relates to memory issues, a general sense of mental clarity, and an inability to focus on tasks. Taken together, these create a “cloudiness” in your mind that doctors refer to as “brain fog.” In many studies, low testosterone has been shown to contribute to brain fog.

How Does Testosterone Affect the Brain?

We know that depression and mood swings are symptoms of low testosterone. Researchers have yet to define exactly how or why low testosterone causes depression. However, studies seem to indicate that it does have something to do with the impact testosterone has on the levels of neurotransmitters like serotonin. Testosterone stimulates the release of dopamine, another neurotransmitter in your brain that is responsible for your feelings of pleasure.  Serotonin, like dopamine, is also related to “feeling good.” When serotonin levels drop, depression and anxiety are often the result.

Another reason why testosterone affects the brain is because of the relationship it has with the so-called stress hormone – cortisol. Cortisol and testosterone are biological antagonists. The more testosterone you have, the less cortisol and vice versa. High levels of cortisol can affect how well your brain functions. You know how difficult it is to focus or concentrate when you feel stressed.

High levels of cortisol put the brain in a constant state of stress, which can account for the issues with memory, mental clarity, concentration, and other brain processes experienced by men with low testosterone.

Maintaining healthy testosterone levels helps you to stay sharp mentally and preserve high cognitive acuity.  Cognitive abilities drop in men with low testosterone. When your testosterone levels are below normal, you may find it difficult to find words when speaking or easily lose your train of thought during a conversation. This can have a negative impact on job performance.

Men with low T have also reported that it becomes difficult to process new information, and learning new tasks becomes tough or impossible. This is because research has shown that low testosterone makes it difficult to absorb new details or store new information. This may be why many older people find it very hard to embrace new things such as smartphones and computers. 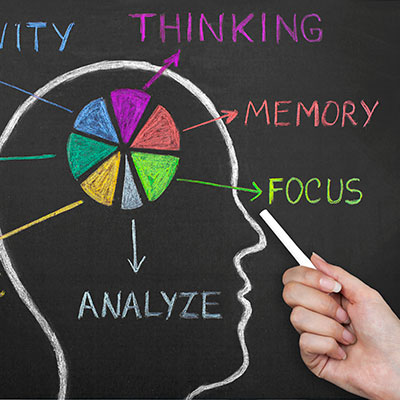 Several studies have indicated that age-related testosterone loss is responsible for much of the memory loss typically experienced by older men. Discussing his research into low testosterone and memory loss, Researcher Jeri Janowsky, Ph.D., professor of behavioral neuroscience and neurology at the Oregon Health & Science University, said that men with low testosterone could “immediately get the information, but then the [brain] can’t consolidate it and send it off for storage.

When you look at their memory, they’re perfectly normal when they’re immediately asked to recall something, but they can’t hold or save the information as well in order to recall it over a retention interval, over a period of time.” Basically, “They’re faster at forgetting,” said Janowsky in a recent news release on his research.

Of greater concern is not only that low testosterone seems to be responsible for the mild memory issues all older men face, but that it may also increase the risk of Alzheimer’s dementia and other forms of serious memory loss and cognitive impairment.

A recent study conducted in China found that low testosterone levels in older men, that already had some memory problems could lead to Alzheimer’s disease and/or increase the risk for developing age-related dementia.

The Chinese study concluded that older men with early memory declines who did not yet show signs of Alzheimer’s were far more likely to develop the disease if they had low testosterone.

The study is not the first to suggest that testosterone replacement could play a role in preventing Alzheimer’s disease. A Wayne State University study found that every 50% increase in free testosterone in the bloodstream was associated with a 26% decrease in the risk of developing Alzheimer’s.

Low testosterone impacts the entire scope of your mental and emotional health.

What Is the Relationship Between Testosterone and Serotonin?

As stated earlier, much of testosterone’s impact on brain health has to do with its interaction with critical brain chemicals such as serotonin. Neurotransmitters like serotonin help to relay messages across areas of the brain. Research has found that a person’s levels of serotonin are related to moods — particularly depression. People with clinical depression have low levels of serotonin.

Current research seems to suggest that such a link is indeed the case.

Can Low Testosterone Cause Depression? We know that depression and mood swings are symptoms of low testosterone. Researchers have yet to define exactly how or why low testosterone causes depression. However, studies seem to indicate that it does have something to do with the impact testosterone has on the levels of neurotransmitters like serotonin.

Testosterone stimulates the release of dopamine, another neurotransmitter in your brain that is responsible for your feelings of pleasure.  Serotonin, like dopamine, is also related to “feeling good.” When serotonin levels drop, depression and anxiety are often the result.

The most effective anti-depressant medications are known as “selective serotonin reuptake inhibitors,” or SSRIs. SSRIs work by slowing the “reuptake,” or use of serotonin, so that serotonin levels remain higher in the brain for longer periods of time. Mental health professionals believe that this boost in serotonin levels increases the production of new brain cells, which in turn helps to lift the fog of depression.

What Do the Studies Have to Say About Testosterone and Brain Health?

As we have discussed on this page, testosterone plays a vital role in mood, memory, and cognition. There is significant research that backs up the links between testosterone, testosterone loss, and higher brain functions.

For example, a 2006 study published in Aging Male said, “Gender differences in spatial recognition, and age-related declines in cognition and mood, point towards testosterone as an important modulator of cerebral functions. Testosterone appears to activate a distributed cortical network, the ventral processing stream, during spatial cognition tasks, and the addition of testosterone improves spatial cognition in younger and older hypogonadal men. In addition, reduced testosterone is associated with depressive disorders.”

Another study published in Frontiers in Neuroscience took a look at numerous relevant studies on rodents and a few on humans focusing on specific behavioral and cognitive parameters that have been published indicating a link between testosterone and patterns of behavior and emotional states, specifically on anxiety, depression, and memory.

The researchers concluded that there had been numerous published studies and animal experiments that indicate testosterone seems to affect brain functions, although to what degree and why warrants further study.

A recent study published in Biological Psychiatry found that testosterone increases the number of proteins that transport serotonin into the brain. The research was done by a team from MedUni in Vienna. The study team believes this apparent link between testosterone and serotonin explains not only why testosterone supplements can boost mood but also why depression affects women more than men and older men more than younger men.

Now that you know a bit more about the vital role testosterone plays in brain health and function, why not contact us today? We would be happy to answer any questions or concerns you may have about testosterone replacement therapy.

Yes. Your testosterone level affects your mental health and emotional wellbeing. Specifically, current research has shown a definitive link between low levels of testosterone and increased depression and anxiety. A 2016 study published in the journal, Psychoneuroendocrinology found that in older men, "low serum testosterone was associated with an 86% increased hazard of depression."

Does testosterone make you smart?

Indeed, it does. You have no doubt heard that when a woman is acting angry or depressed around the time of her period, she is often described as "being hormonal." While that is usually meant as a somewhat derogatory term, it is not far from the truth. The mood swings and abhorrent behavior typical of PMS are related to the hormone imbalances caused by menstruation. But did you know that men suffer from a similar condition known as irritable male syndrome, or IMS, and it is caused by low testosterone?

As you can surely glean from its name, the main symptom of irritable male syndrome is feeling grumpy or irritable. Other mood swings such as depression and anxiety are also symptoms. If you have ever heard of anyone being called a "grump old man," low testosterone is probably the cause!

Does testosterone make you angry?

On the effects of testosterone on brain behavioral functions

Is Testosterone a Food for the Brain?

Testosterone and the brain