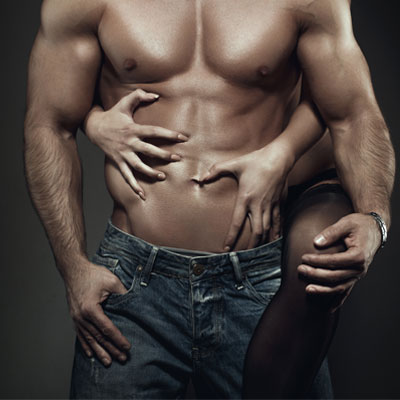 Testosterone replacement therapy has a positive impact on “sex drive” or “libido” in both men and women.

Medical science cannot say that having low testosterone definitively “causes” a decreased sex drive. But the two conditions are certainly what doctors refer to as “comorbid,” meaning they often occur together, but we cannot say that there is a direct cause and effect relationship between them.


Testosterone And the Causes of Low Libido

Testosterone is the most critical male hormone. We know that testosterone is responsible for building muscles, sexual maturity, and the other things that differentiate a boy from a man after he hits puberty. Even once a man’s sex organs are fully mature, and functional testosterone continues to play a vital role in sexual health and sexual performance.

Throughout a man’s (and indeed a women’s) life, your testosterone levels factor into your sex drive or libido. While dropping testosterone levels are an unfortunate fact of aging, one of the more undesirable impacts that steady decline has, is its effect on sexual health and sexual performance.

In men, low testosterone can lead to a decreased libido as well as erectile dysfunction. In women going through menopause, we now know that the sexual health issues experienced, such as low libido and vaginal dryness, are more related to the drop in testosterone than of estrogen that occurs in menopausal women.

In addition, research has found that testosterone replacement therapy may be able to help certain men suffering from erectile dysfunction.

Erectile Dysfunction, commonly known as “ED,” is defined as “the persistent inability to achieve or maintain an erection that is satisfactory for sexual intercourse.” But there are varying “degrees” of ED. You may be considered to have a form of ED if:

Testosterone therapy can improve symptoms of erectile dysfunction and increase sex drive, or libido, in both men and women.

Men who may be having infertility issues could be suffering from low testosterone.

Male infertility can have many causes, not all of which are related to sperm count. Other issues can also influence a man’s ability to conceive a child, such as:

Both testosterone and FSH are required for the production of sperm. FSH is a gonadotropin-releasing hormone (GnRH). These types of hormones are released by the brain and signal the testes to make more testosterone, which is vital for a healthy sperm count.

Testicular atrophy can be caused by disease, injury, exposure to certain chemicals, or the ABUSE of testosterone. Men taking anabolic steroids or otherwise misusing or abusing testosterone to “bulk up” or for athletic performance enhancement have been known to experience testicular atrophy. Estrogen can have the same impact. However, when used as legitimately prescribed for you for the treatment of a diagnosis of low testosterone, testosterone replacement rarely causes testicular atrophy.

Will My Sex Drive Be Improved With Testosterone Replacement Therapy?

Yes, absolutely. As we have said, though we are still not 100% sure as to why one of the very first improvements patients notice within the first few weeks of testosterone is an increased libido or sex drive.

There could be several reasons why treating your low testosterone with testosterone replacement can increase your sex drive. The main one, researchers believe, has to do with certain “neurotransmitters” in the brain, such as dopamine and serotonin.

Just as testosterone replacement can improve mood by boosting the production of serotonin and dopamine, that also improves libido. Testosterone can improve your sex drive in several less direct ways as well. Eliminating feelings of depression, improved energy, and improved body image can also have a physical and psychological effect of increasing sex drive!

Yes, current research indicates that testosterone replacement can increase sex drive and improve other symptoms of “female sexual dysfunction” or FSD that are often experienced by women entering and going through menopause.

Unlike men, who lose testosterone slowly over time, women experience a sudden drop in testosterone just as they do their female hormones when they enter menopause. The symptoms of FSD include vaginal dryness, lack of libido, loss of sensitivity, and painful intercourse. It was once thought that the sexual health issues experienced by menopausal women were due to the loss of estrogen that occurs in the post-childbearing years. However, current research indicates that it is more related to a drop in testosterone.

The vaginal dryness, lack of libido, and painful intercourse that many women suffer during their perimenopause and menopausal years can all be helped by testosterone replacement therapy.

Sharon Parish, MD, professor of medicine in clinical psychiatry and professor of clinical medicine at Weill Cornell Medical College, presenting the results of her research entitled, “How I treat women with testosterone deficiency,” to  Endocrine Today said, “Among postmenopausal women and women who experienced surgical menopause or premature ovarian failure, studies show that low testosterone levels are closely correlated with reduced coital frequency and loss of sexual desire and researchers have observed a positive relationship between [increasing] free testosterone levels and the rating of sexual desire….”

What Does the Research Say About Testosterone and Libido?

Researchers haven’t exactly unraveled the mystery of just how testosterone increases libido; however, there have been many studies that indicate that it does, in fact, increase libido or sex drive. For example, a large study of men in Massachusetts published in The Journal of Clinical Endocrinology and Metabolism found that about 11% overall said they had a lack of sex drive. The researchers then tested all the men’s testosterone levels. About 28% of men with low testosterone had low libido. Interestingly enough, these men were relatively young, with an average age of 47; older men might have worse sexual symptoms.

According to a study recently published in the prestigious New England Journal of Medicine, testosterone therapy has been confirmed as being helpful in increasing sex drive in men with low libido. The study found that testosterone replacement therapy was effective in boosting mood and increasing sexual desire in men with sexual health issues. The men in the study all had a self-described “decline in sex drive” and/or erectile difficulties. In interviews before starting testosterone treatments, they also reported being moody, depressed, and “unmotivated.”

The lead researcher on the study Dr. Peter Snyder of the University of Pennsylvania concluded it was clear that “Testosterone improved sexual activity, sexual desire, and improved erectile function.”

Testosterone replacement can improve the sex life of both men and women in many ways.

Now that you know a bit more about the link between low testosterone and sexual health, why not contact us today? We would be happy to answer any questions or concerns you may have about testosterone replacement therapy.

What is Low Libido?

Low libido describes a decreased interest in sexual activity. It’s common to lose interest in sex from time to time, and libido levels vary throughout your life. It’s also normal for your interest not to match your partner’s at times. While many things can contribute to a loss of libido, long-term, or chronic loss of sexual desire, particularly in older men and women, could be a symptom of age-related testosterone deficiency.

Researchers haven't exactly unraveled the mystery of just how testosterone increases libido. However, there have been many studies that indicate that it does, in fact, increase libido or sex drive.

Does Testosterone Help With Better Erections?

Testosterone, along with human growth hormone, has been used to increase penis size when used along with other treatments in men suffering from a rare condition known as a "micro-penis," in which a penis fails to mature from child-sized to adult-sized. There is, however, little or no evidence to suggest that testosterone can increase flaccid penis size in otherwise normal-sized men.

Can Too Much Testosterone Cause Erectile Dysfunction?

The Relationship between Libido and Testosterone Levels in Aging Men

The facts about testosterone and sex