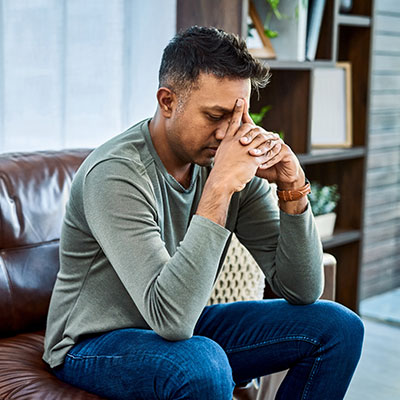 Research has found that there is a definite link between testosterone, anxiety, and other emotional states.

It is well known that men need testosterone for their physical wellbeing. However, did you know that testosterone is also critical to your emotional wellness? There is a growing body of evidence that indicates how age-related testosterone loss can lead to feelings of anxiety and depression in men diagnosed with low testosterone.

For example, a 2016 study published in the journal, Psychoneuroendocrinology found that in older men, “low serum testosterone was associated with an 86% increased hazard of depression.”

These physical symptoms can lead to less enjoyment in life, which can also lead to feelings of anxiety and depression. But there could be something more to the link between low-T and depression.

Current research seems to suggest that such a link is indeed the case.

We know that depression and mood swings are symptoms of low testosterone. Researchers have yet to define exactly how or why low testosterone causes depression. However, studies seem to indicate that it does have something to do with the impact testosterone has on the levels of neurotransmitters like serotonin.

Testosterone stimulates the release of dopamine, another neurotransmitter in your brain that is responsible for your feelings of pleasure.  Serotonin, like dopamine, is also related to “feeling good.” When serotonin levels drop, depression and anxiety are often the result. 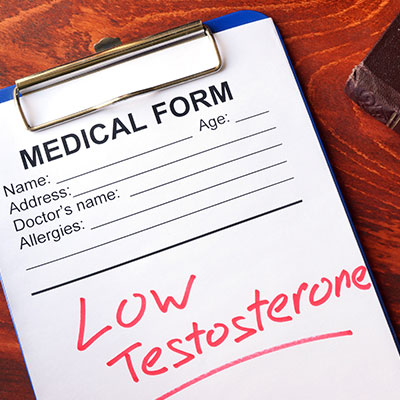 In addition to the many ways that testosterone contributes to a man’s physical wellbeing, it also has an important effect on brain activity and mental states. That’s because certain regions of the brain are full of testosterone receptors and are subject to its influence. Therefore, doctors know that when your body’s natural testosterone levels decline due to age-related testosterone deficiency, specific brain functions can also decline. Specifically, brain functions related to cognition, memory, and emotional states like anxiety and depression, are all negatively impacted by low testosterone.

Older men, and particularly menopausal women, complain of a condition known as “brain fog.” Brain fog relates to memory issues, a general sense of mental clarity, and an inability to focus on tasks. Taken together, these create a “cloudiness” in your mind that doctors refer to as “brain fog.” In many studies, low testosterone has been shown to contribute to brain fog.

Low testosterone not only affects cognitive function but emotional states as well.

Does Low Testosterone Cause Anxiety?

We cannot definitely say that low testosterone directly causes anxiety and depression. However, the conditions are certainly linked to one another.

Can Stress and Anxiety Cause Low Testosterone 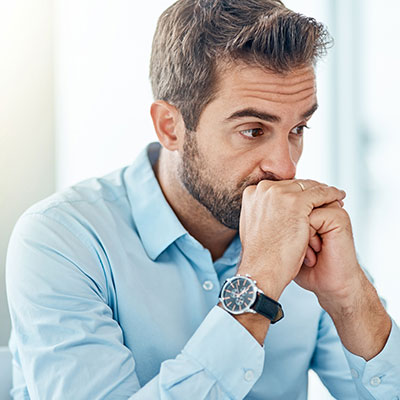 Stress and anxiety can have several debilitating effects on the body. When you are in an increased state of stress and anxiety, your immune system suffers, sleep suffers, and you also can experience a wealth of other negative impacts on your physical and emotional wellbeing. One of these is a drop in testosterone. When you are in a state of stress or anxiety, your body over-produces the “stress hormone,” cortisol.

Can Testosterone Treat Depression and Anxiety?

Because of its none effect on increasing serotonin levels in the brain, testosterone has a similar effect to popular antidepressant drugs used to treat anxiety and depression.

The most effective antidepressant medications are known as “selective serotonin reuptake inhibitors,” or SSRIs. SSRIs work by slowing the “reuptake,” or use of serotonin, so that serotonin levels remain higher in the brain for longer periods of time. Mental health professionals believe that this boost in serotonin levels increases the production of new brain cells, which in turn helps to lift the fog of depression.

This link does not mean that testosterone therapy is to be used as a specific treatment or a replacement of antidepressant medications for patients with depression. However, it does provide a viable explanation as to why men with low testosterone often report depression and anxiety as one of their symptoms. This now established relationship between serotonin levels and testosterone levels also explains why men taking testosterone injections have improved moods, less anxiety, and an overall “better” outlook on life.”

What Does the Research Say About Testosterone, Anxiety, and Emotions?

A recent study into the link between low testosterone and depression in men looked at the medical records of nearly 300 men over the age of 45 during a two-year period. These men previously had no history of depression. Over the course of the two-year study, the researchers found that men with low testosterone were four times more likely to be diagnosed with clinical depression than those in the study whose testosterone levels remained in the normal range.

A recent study published in Biological Psychiatry found that testosterone increases the number of proteins that transport serotonin into the brain. The research was done by a team from MedUni in Vienna. The study team believes this apparent link between testosterone and serotonin explains not only why testosterone supplements can boost mood but also why depression affects women more than men and older men more than younger men.

Now that you know more about your testosterone levels, anxiety, and other emotional states, why not contact us today and learn more about the many benefits of testosterone replacement therapy.

Testosterone prescribing in men with depression and anxiety disorders

Testosterone levels and psychological health status in men from a general population: the Tromsø study

Sex Differences in Anxiety and Depression: Role of Testosterone