Female sex hormones play a vital role in sexual development, reproduction, and much more.
Hormones are your body’s chemical messengers. As such, they play a vital role in regulating many of your body’s most important biological processes. The main female sex hormones are estrogen and progesterone. Woman’s bodies make and need testosterone as well, though to a lesser degree than men. 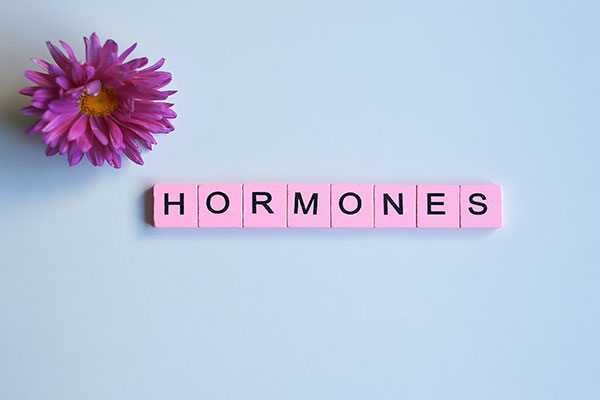 Estrogen, progesterone, and testosterone are all vital to a woman’s health and wellness. These sex hormones play a particularly critical role at certain times in a woman’s life, specifically:

The levels of these female sex hormones change as a woman grows and matures. Over the course of a woman’s life, it is important to keep these hormones in balance for optimal health and well-being.

Sex hormones are those that play an essential role in sexual development, fertility, sexual wellness, and reproduction. Sex hormones in both men and women are produced by the adrenal glands and the sex organs or gonads, which are the ovaries in females and testes in males.
Female sex hormones include estrogen, progesterone, and small quantities of testosterone. 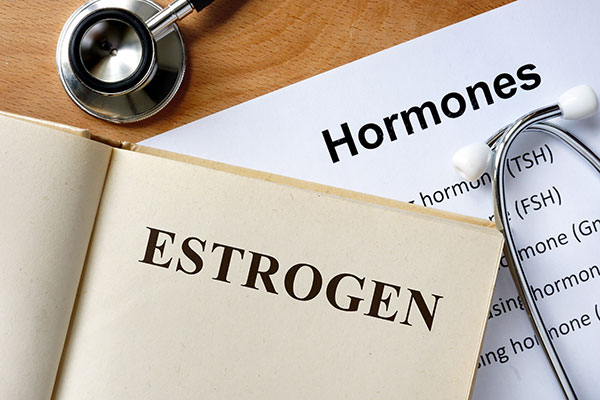 Estrogen is the primary female sex hormone. Most of a woman’s estrogen is made by her ovaries, but small amounts are produced in the adrenal glands and fat cells. During pregnancy, the placenta also makes estrogen.

Estrogen plays an important role in the normal sexual and reproductive development in women. In addition to regulating the menstrual cycle, estrogen affects the reproductive tract, the urinary tract, the heart and blood vessels, bones, breasts, skin, hair, mucous membranes, pelvic muscles, and the brain. 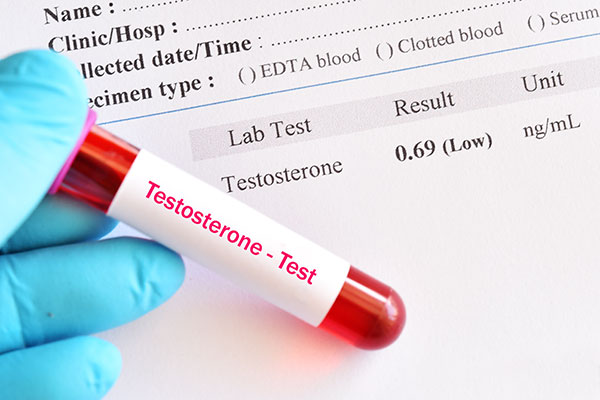 While it is considered a “male hormone,” testosterone plays a critical role in a woman’s mental, physical, and emotional health as well. Women’s bodies make and need testosterone, albeit in lesser amounts than men’s. In fact, because women require only a small amount of testosterone to maintain good health, in a way, their bodies are even more sensitive to fluctuations in testosterone levels than men’s bodies are.

The Role of Female Hormones in Puberty 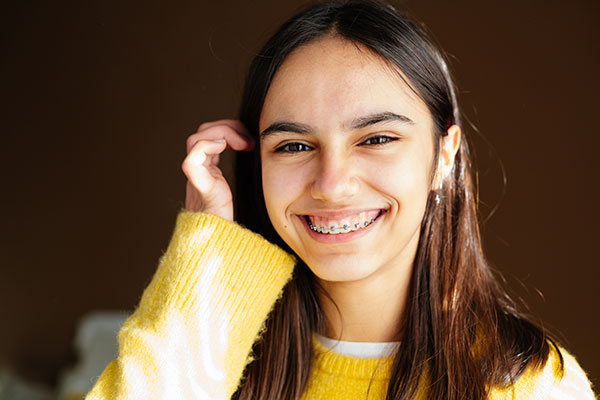 As testosterone regulates all of the changes that occur during puberty, turning a boy into a man, at the time of puberty, estrogen is responsible for a girl becoming a woman. The exact time of the onset of puberty varies from female to female. However, most girls enter puberty between the ages of 8 and 13. And it all happens because of hormones, primarily estrogen. Luteinizing hormone (LH) and follicle-stimulating hormone (FSH) rise as a girl enters puberty. The increased release of FSH and LH stimulates the ovaries to produce and release estrogen. Estrogen, in turn, triggers the changes that occur during puberty in girls starting with the beginning of the menstrual cycle.

This increase in female sex hormones results in:

The Role of Female Hormones in Menstruation

A girl’s first menstrual period happens about two to three years after the breasts begin to develop. Again, it’s different for everybody, but most females get their first period between the ages of 10 and 16.
The first time a girl gets her period is called menarche. After menarche, baring any unforeseen disease, injuries, or other medical conditions, most women will have regular menstrual cycles until they reach menopause. Menstrual cycles are usually around 28 days long but can vary between 24 and 38 days.
The menstrual cycle occurs in three phases that coincide with changes in the level of female hormones:

The Role of Female Hormones in Pregnancy 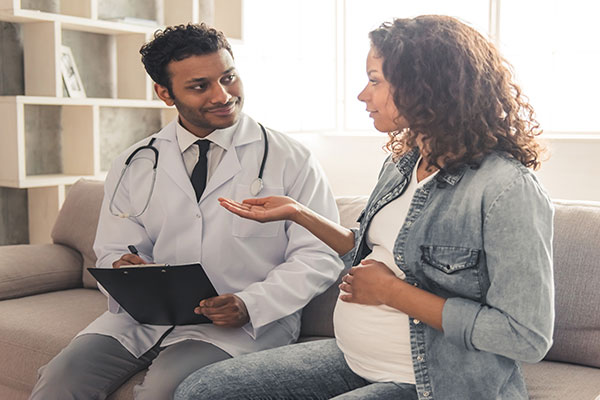 As you might imagine, female hormones play a major role during pregnancy. As mentioned above, during the luteal phase of the menstrual cycle, the rise in progesterone prepares the uterus to receive a fertilized egg. The uterine walls get thick and fill with nutrients and other fluids to sustain an embryo.

Progesterone thickens the cervix to protect the uterus from bacteria and sperm. Estrogen levels are also will rise during pregnancy, contributing to the thickening of the lining of the uterus. Both progesterone and estrogen help with the production of breast milk.
As soon as conception takes place, a woman’s body produces another hormone known as human chorionic gonadotropin hormone or HCG. This is the hormone that shows up in your urine and is used to test for pregnancy. It also boosts the production of estrogen and progesterone, preventing menstruation and helping to sustain the pregnancy.
Human placental lactogen (HPL) is a hormone made by the placenta during pregnancy. In addition to providing nutrients for the baby, it helps stimulate milk glands for breastfeeding.
Levels of another hormone called relaxin also rise during pregnancy. Relaxin aids in the implantation and growth of the placenta and helps stop contractions from happening too soon. As labor begins, this hormone helps relax ligaments in the pelvis.

The Role of Female Hormone in Menopause 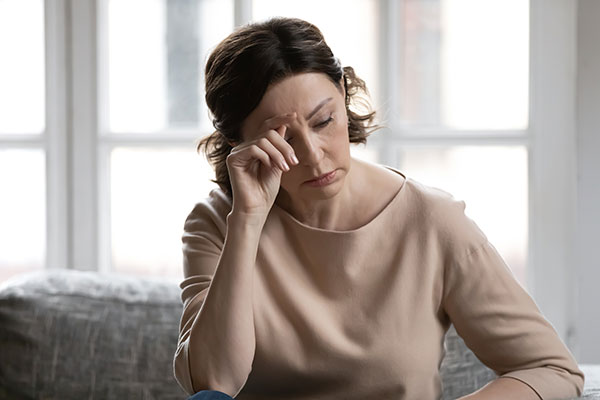 The role of female hormones most women are familiar with is how their eventual decline leads to menopause. Menopause, or the so-called “change of life,” usually occurs after the age of 45. It is the time in a woman’s life when she is no longer able to have children. While the exact age of the onset of menopause can vary, it is technically defined as the point in time 12 months after a woman’s last period.

The time leading up to that point is known as perimenopause. It is during this time when a woman tends to start to experience the well-known and debilitating symptoms of menopause – hot flashes, night sweats, trouble sleeping, moodiness and irritability, pain during sex, and/or depression.
These symptoms are caused by the severe hormonal changes that occur once a woman’s ovaries are no longer producing eggs. During her childbearing years, the ovaries produce and release the female hormones progesterone and estrogen. Just before, during, and after menopause, the production of this hormone significantly decreases.
In addition to the well-known symptoms of menopause such as mood swings, night sweats, and hot flashes, menopause can also cause:

Some women can live with these symptoms, or they do not last all that long. However, for most women, they can go on for years and will severely impact their ability to enjoy life. For such women, hormone replacement therapy, or HRT, can be quite effective in treating the most unpleasant and life-limiting symptoms of menopause.

The Role of Female Hormones in Sexual Desire and Arousal

All three of the sex hormones we have been discussing, estrogen, progesterone, and testosterone, play a role in sex drive and sexual performance in women. Having higher levels of estrogen in the body promotes vaginal lubrication and increases sexual desire. Increases in progesterone can reduce sexual desire.
As it does in men, low levels of testosterone cause a lack of libido or sex drive in women.

What Women Need to Know About Hormonal Imbalance 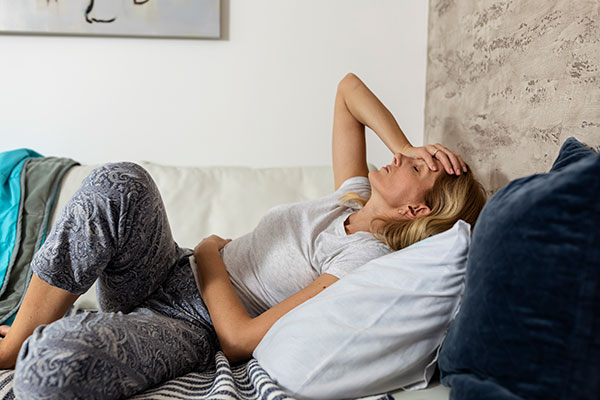 A hormone imbalance in women occurs when hormones rise above or drop below normal levels in a woman’s bloodstream.
Hormones are chemicals produced by glands in the endocrine system and released into the bloodstream. A hormone imbalance occurs when there is too much or too little of a hormone. While there are certain medical conditions that occur from too much of a given hormone, too little hormones is the far more common problem. This is particularly true as women age and their levels of the critical sex hormones, estrogen, progesterone, and testosterone, all decline.

Hormones are chemicals produced by glands in the endocrine system and released into the bloodstream. A hormone imbalance occurs when there is too much or too little of a hormone. While there are certain medical conditions that occur from too much of a given hormone, too little hormones is the far more common problem. This is particularly true as women age; for the most part, we will be discussing hormone imbalance in women that occurs due to age-related hormone decline.

Since a woman’s hormones are involved in the regulation of so many different bodily functions, the symptoms of hormone balance can be quite varied and often involve the imbalance of more than one hormone.
Hormonal imbalance symptoms in women include: 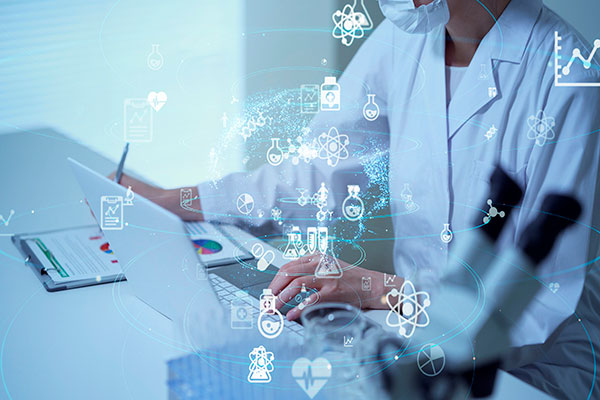 Most of the medical research agrees that when properly prescribed and monitored by your physician, hormone replacement therapy, and in particular bioidentical hormone replacement therapy, is the best course of treatment for women with hormone imbalance.
The latest research on using hormone replacement for treating women with hormone deficiencies also has found that HRT is much safer than it was once thought to be. This specifically relates to the risks of heart disease and breast cancer.
In the early years of HRT, doctors prescribed it almost as a matter of course for any woman entering menopause. However, a decade or so ago, HRT for women became a bit controversial. This was because many women, and even some doctors, came to believe that it caused an increased risk of breast cancer and heart disease.

This fear was largely created by a study known as the Women’s Health Initiative (WHI). The WHI looked at women who were prescribed HRT for menopause. WHI concluded that there seemed to be a link between HRT and an increased risk of developing breast cancer and/or heart disease.
However, upon more recent analysis, the WHI study has been found to be flawed, and many of its conclusions were wrong. In the many years since it was published, doctors have learned much more about HRT and how to safely prescribe it for maximum effectiveness, with minimal risks.
A very recent study published in 2021 found that – in line with other evidence – the risks of HRT are generally low and that breast cancer risks were extremely low with bioidentical HRT.
Hormone imbalances in women can lead to weakened bones and an increased risk of osteoporosis. A 2014 study published in Menopause Review, looking at ways to minimize osteoporosis-related fractures in postmenopausal women, concluded, “Hormone replacement therapy (HRT) at different doses rapidly normalizes turnover, preserves bone mineral density (BMD) at all skeletal sites, leading to a significant, reduction in vertebral and non-vertebral fractures.”
A 2007 study looking into the effectiveness of danazol, a hormonal treatment used to treat hormone imbalances in women with recurrent deeply infiltrating endometriosis, concluded that “Vaginal danazol resulted ineffective medical treatment for the various painful symptoms in women with recurrent deeply infiltrating endometriosis, and because of the lack of significant adverse effect s, it may be proposed as an alternative to repeated surgery.”

Now that you know more about female hormones and what they do, why not contact us today, and find out more about the many life-changing benefits of hormone replacement therapy?

What Are the Main Female Hormones?
The three most important female hormones are the sex hormones, estrogen, progesterone, and testosterone. Women's bodies also make and need human growth hormone, adrenal hormones, and Thyroid hormones. All of these hormones must function in proper balance for optimal health.
What Is a Hormone Imbalance?
A hormone imbalance is defined as having too little or too much of a given hormone in the bloodstream.
How Are Hormone Imbalances Treated?
Treatment for hormonal imbalances is determined by the specific cause and highly tailored to each individual woman. Each female may require a different regimen of treatment. Medical treatments and lifestyle changes show the best long-term results. The most common treatment for hormone imbalances due to hormone deficiencies is hormone replacement therapy.
Do Hormone Imbalances Only Effect Menopausal Women?
Even women who have not yet entered menopause can suffer from hormone imbalances. In particular, women over 35 who have not yet entered menopause can suffer from low testosterone. Low testosterone in women can affect mood sexual wellness, and a recent study indicates that it can also increase a woman's risk of cardiovascular disease.
Related Posts
Close
Get your personal discount
For a limited time (new patients only)
Enter your Email and get your personal discount for a blood work up to 15%
Close