contact us Get discount
Home
>
Blog
>
testosterone
>
How Does Alcohol Affect Your Testosterone Level? 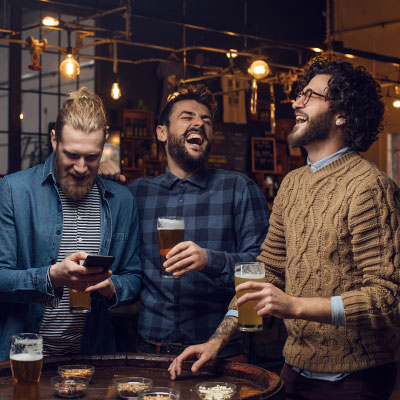 Drinking alcoholic beverages definitely has an impact on your testosterone levels.

Anyone who is health conscious understands that consuming alcohol in more than social amounts is not good for you. Overindulging in alcoholic beverages negatively affects almost every aspect of your health – and that includes your testosterone level.

Alcohol use decreases the amount of testosterone in men. The heavier you drink, the greater the short-term and long-term effects of alcohol consumption will be on your testosterone level.

The relationship between alcohol testosterone is a complex one, and the reasons why alcohol can lower testosterone has to do with the way your body metabolizes alcohol and the impact that has on testosterone production.
Some specific ways that alcohol affects testosterone levels include:

Long-term Effects of Alcohol on Testosterone

Men who drink heavily are more likely to experience:

It’s thought chronic alcohol misuse damages the Leydig cells in your testes, which are responsible for testosterone production. Alcohol may also interfere with the release of LH, FSH, and GnRH.

Moderate alcohol consumption is usually defined as no more than one drink for women or two drinks for men in a single day.

Short-term Effects of Alcohol on Testosterone

Even small amounts of alcohol can have immediate and short-term effects on testosterone production.

Does Drinking Alcohol Lower Your Testosterone?

Are There Other Factors That Influence Alcohol’s Effect on Testosterone? 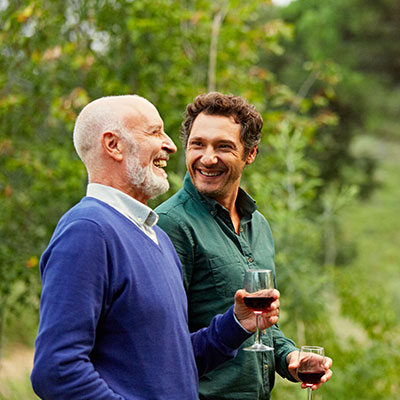 Other factors such as age and gender influence how alcohol affects your level of testosterone. Because of the way that each sex uses testosterone, men are far more likely to have their testosterone drop due to drinking than women.

Ethanol, the main chemical component in alcohol, is considered toxic to men’s reproductive organs. In large doses, alcohol can reduce testosterone function, sperm count, fertility and can even cause cell damage to the testes. As a result, it is common for men with alcohol use disorders (AUD) to suffer from infertility.

However, because of the different ways that a women’s body makes and uses testosterone, excess drinking by women, and ONLY in women – can actually raise her testosterone levels. That is not a good thing, and it can cause all sorts of problems, such as “maleness” and infertility.

Are Certain Types of Alcohol Worse for Testosterone Level?

Some types of alcohol have a greater testosterone lowering effect than others. For example, Beer often contains phytoestrogen and prolactin—two chemicals that can increase estrogen levels, which in turn decreases testosterone. These chemicals are typically found in hops and barley, two of the more common beer ingredients.

Wine and some liquors, such as bourbon, also contain the estrogen-increasing chemical phytoestrogen. Phytoestrogen naturally occurs in many plants and can increase estrogen levels and reduce testosterone.

What Do the Studies Say About Alcohol and Testosterone?

There have been several clinical studies that confirm the negative impact of alcohol consumption on testosterone levels. A 2007 study of alcoholics with low testosterone found that when these men were put on a program and become sober, their testosterone levels improved dramatically. And the more weeks they spent sober after giving up alcohol, the higher their levels went up.

Alcohol and the Male Reproductive System

Testosterone increases in men after a low dose of alcohol

Sex hormones in alcohol consumption: a systematic review of evidence