contact us Get discount
Home
>
Blog
>
hormones
>
Happy Hormones: What Are They and How to Boost Them

There are four particular happy hormones that are responsible for keeping you happy and feeling good.
Hormones are your body’s chemical messengers. They regulate just about every biological process, from growth to digestion. But hormones are not only critical for your physical health; they are a key factor of your emotional wellbeing as well. In fact, there are four specific “Happy Hormones” that are vital to your sense of happiness and feelings of joy. 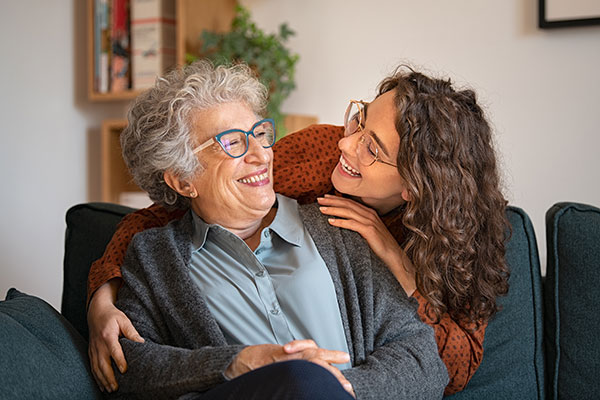 What Are the Four Happy Hormones?

The four happy hormones are:

Endorphins are neurotransmitters that have been linked to happiness. Endorphins are endogenous opioid peptides that function as neurotransmitters. They are released during continuous exercise, fear, love, music, eating chocolate, laughter, sex, orgasms, etc. Increased levels of endorphins inhibit pain in the body and raise the level of euphoria and positive feelings.

The Role of Endorphins as a Happiness Hormone 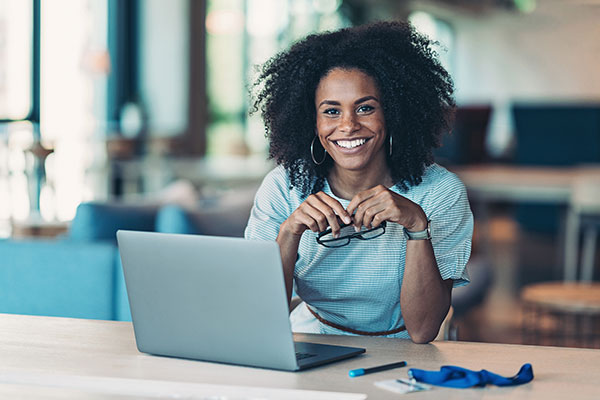 Endorphins are released in your body when you do things like exercise, laugh, listen to music, fall in love, or have sex. They can help reduce the amount of pain your body feels and increase your feelings of happiness, confidence, and overall wellbeing.
The release of endorphins provides a sense of euphoria that can block pain. Athletes frequently speak about an “endorphin high” they get when they push their body to the point of real discomfort or pain.

Role of Serotonin as a Happiness Hormone 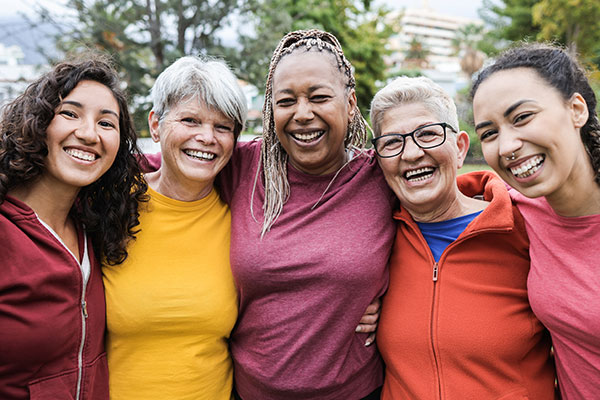 Serotonin stabilizes your mood provides feelings of wellbeing and happiness. Additionally, it helps decrease our worries and concerns and is associated with learning and memory. Research has found that a person’s levels of serotonin are related to moods — particularly depression. People with clinical depression have low levels of serotonin.
Serotonin is naturally triggered by regular things we can do each day – going for a walk in the sunshine, getting a good night’s sleep, spending time in nature, or self-care activities that reduce stress levels.
Serotonin also helps to prevent or improve depression and can affect your memory, sleep habits, sexuality, and how you respond to stress.

Dopamine has been called the “feel-good” hormone, and rightly so. Dopamine is a hormone and neurotransmitter that’s an important part of your brain’s reward system. Dopamine is associated with pleasurable sensations, along with learning, memory, motor system function, and more.

Role of Dopamine as a Happiness Hormone

Dopamine is a critical part of your brain’s pleasure and reward center, which is the part of your brain that gives you feelings of happiness and reinforces your behavior. It is released when you do things that make you feel good, like eating chocolate, having sex, or doing anything you love or feel passionate about.
The release of dopamine gives you feelings of wellbeing and motivates you to seek out and do the things you enjoy and love doing.

Oxytocin is a peptide hormone that is composed of nine amino acids. It is released from the pituitary gland. Recently researchers have shown that Oxytocin causes a wide spectrum of behavioral and physiological effects mediated through receptors within the brain, such all related to maternal, sexual, and social behaviors.

The Role of Oxytocin as a Happiness Hormone 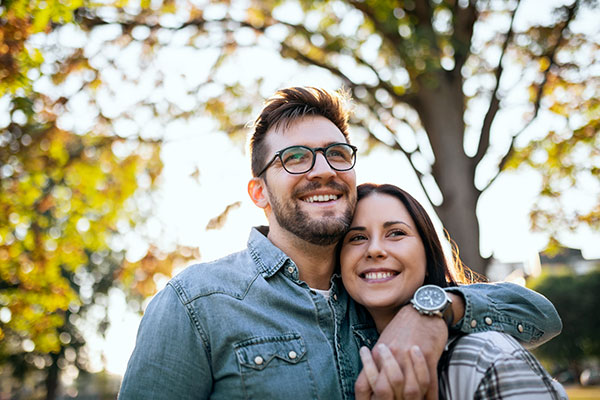 Oxytocin has been called “the love hormone.” Extensive research has linked oxytocin release to life satisfaction levels. It promotes feelings of bonding, trust, and commitment. It appears to play a larger role in women’s physiology and happiness than men’s, probably due to its strong impact on maternal instinct and mother-child bonding before, during, and after pregnancy. Oxytocin is mainly correlated with a loving touch and close relationships.
Oxytocin provides a multiple happy hit because it also stimulates serotonin and dopamine release.

Are Their Ways to Boost Your Happy Hormones?

There are ways that you can boost your levels of the four happiness hormones and therefore stave off feelings of depression and anxiety and increase joy and satisfaction in your life.
Here are a few proven ways to boost your four happiness hormones.
Get outside – Looking to boost your endorphins and serotonin levels? Spending time outdoors, in sunlight, is a great way to do this. According to a 2008 study, exposure to sunlight can increase the production of both serotonin and endorphins.
Exercise – As it turns out, the “workout high” or “runners high” is a real thing. Exercise not only has multiple physical health benefits, but it can also have a positive impact on emotional wellbeing. If you’ve heard of the “endorphin rush” or “endorphin high” that comes from exercise, you might already know about the link between exercise and endorphin release. But exercise doesn’t just work on endorphins. Regular physical activity can also increase your dopamine and serotonin levels, making it a great option to boost your happy hormones.
Laugh out loud – There is an old adage that says “laughter is the best medicine,” modern medical research seems to agree! We are not saying that laughter will cure disease, but studies have shown that laughing, especially laughing with friends and loved ones, can help relieve feelings of anxiety or stress and improve a low mood by boosting dopamine and endorphin levels.
Nutritional supplements – certain vitamins and nutritional supplements have been shown to raise the levels of the four happy hormones. Here are the ones to consider:

Music – Music can give more than one of your happy hormones a boost. Listening to instrumental music, especially music that gives you chills, can increase dopamine production in your brain. But if you enjoy music, simply listening to any music you enjoy may help put you in a good mood. This positive change in your mood can increase serotonin production.
Sex and Romance – Sex and romance trigger all of the happy hormones, but oxytocin in particular. Oxytocin’s reputation as the “love hormone” is well-earned. Simply being attracted to someone can lead to the production of oxytocin. But physical affection, including kissing, cuddling, or having sex, greatly contributes to oxytocin production.
Just spending time with someone you care about can also help boost oxytocin production. This can help increase closeness and positive relationship feelings, making you feel happy, blissful, or even euphoric.

How Hormone Deficiency Impacts Your Happiness

Now that you see how important it is to keep your level of the four happy hormones high in order to stay in good spirits, it should be easy to understand how being deficient in any one of them can lead to feelings of depression, stress, and anxiety.
But it is more than that. If you are deficient in any of the four happy hormones, it can lead to depression in and of itself. But low levels of them – particularly of serotonin and dopamine — can impact your level of other critical hormones such as testosterone and human growth hormone (HGH). Studies have shown that people with low testosterone and/or growth hormone deficiencies also tend to have low levels of serotonin and dopamine. The converse is also true people with depressed levels of these two neurotransmitters also often have low testosterone and lower than normal HGH levels.
This seems to be due to the relationship that HGH and testosterone have to the production and release of dopamine and serotonin.

Clinical Studies on the Effect of the Happiness Hormones on Mood

A 2014 scholarly article entitled Happiness & Health: The Biological Factors- Systematic Review Article stated, Serotonin is a neurotransmitter that mediated satisfaction, happiness, and optimism. Serotonin levels are reduced in depression, and most modern anti-depressant drugs, known as serotonin reuptake inhibitors (SSRIs), act by increasing the amount of serotonin available to brain cells. However, what is the relationship between serotonin and positive mood? Researchers indicated that the increase of serotonin level was related to positive mood.”
A 2011 paper on the impact of endorphins on mood found that “In most of the diseases doctors suggest exercises such as walking, running, workouts, laughing exercise, meditation, listening music and all these exercises are responsible for the release of endorphin hormone, or they are the stimuli to release this hormone which gives them strength, confidence and gives a good mood to them a mood of wellbeing and happiness.”
A 1999 study entitled A neuropsychological theory of positive affect and its influence on cognition concluded that “positive mood is associated with increased levels of dopamine in the brain and some of the changes in cognition observed in positive mood are due to the increased dopamine levels associated with positive mood.”
A 1998 study entitled, Neuroendocrine perspectives on social attachment and love, determined that “Oxytocin facilitates bonding and relationships with others and is associated with positive social behaviors which accounts for its link to happiness. Positive relationships have a strong correlation with overall happiness and life satisfaction; therefore, Oxytocin can be a mechanism that produces happiness through facilitating social relationships.”

Now that you know more about happy hormones and what to do to boost them, why not contact us today and find out more about the many life-changing benefits of hormone replacement therapy?

What Are the Happy Hormones?
Serotonin, dopamine, oxytocin, and endorphins are the four happy hormones that promote positive feelings like pleasure, happiness, and even love. Hormones and neurotransmitters are involved in lots of essential processes, like heart rate and digestion, but also your mood and feelings. Are There Foods that Can Boost Your Mood? There are certain foods that can boost the four happy hormones and improve your mood. These foods will boost your mood and make you happy: Quinoa Salmon Mushrooms Dark chocolate Foods with probiotics – i.e. kefir, yogurt, sauerkraut B6 vitamins – poultry, leafy greens, beef Grapes Folic acid – bok choy, turnip greens
What Happens if You Do Not Have Enough Endorphins?
If your body does not produce enough endorphins, you may be at an increased risk of developing certain health conditions or symptoms, such as:
What Happens if You Do Not Have Enough Serotonin or Dopamine?
Low levels of serotonin or dopamine can result in:
What Happens if You Do Not Have Enough Oxytocin?
A lack of oxytocin can be a real problem for nursing mothers as it would prevent the milk-ejection reflex and prevent breastfeeding. Low oxytocin levels have been linked to autism, and autistic spectrum disorders (e.g., Asperger syndrome), which makes sense since a key element of these disorders is being poor at bonding with others and functioning socially. People who are oxytocin deficient tend to be introverted and have feelings of isolation, detachment, and loneliness, even in crowds of people.
Related Posts
Close
Get your personal discount
For a limited time (new patients only)
Enter your Email and get your personal discount for a blood work up to 15%
Close